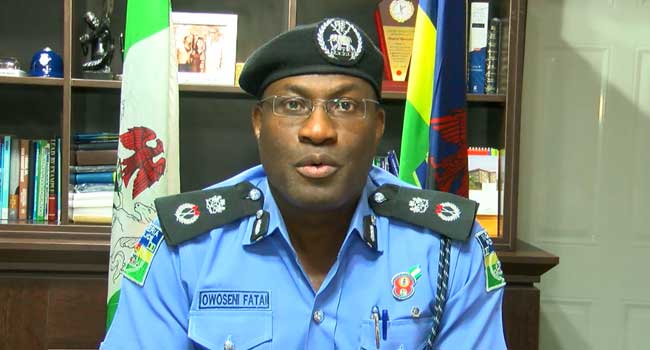 Yakubu was detained after the state government commenced an investigation into the incident that occurred last Sunday night.

This is just as residents alleged that Ayoade was the third person the DPO has killed, claiming that the other two occurred at two other streets in the area.

The police had earlier denied that the DPO nor any cop fired a shot, a position a senior police officer blamed on the lie Yakubu told the state Commissioner of Police, Fatai Owoseni.
He said: “The DPO even lied to the Commissioner of Police that some cultists engaged themselves in a battle of supremacy and that he went to the scene following a distress call to his office.

“He said he went to the place to disperse the hoodlums and as at the time he arrived the scene and left, nobody was killed and that he was surprised to hear that somebody was shot.

“Following the DPO’s briefing to the CP, he challenged the deceased’s family to produce the body of their son who was shot, but, the family had buried him according to Muslim rites.

“With media reports on the killing, the Inspector General of Police (IGP), Ibrahim Idris, ordered the CP to personally visit the scene. The CP sent some under cover policemen who visited the house and he was shocked with the revelations from witnesses.

“He immediately ordered the arrest of the DPO, who is currently being detained at the State Criminal Investigation and Intelligence Department (SCIID), Panti.”

Owoseni, who confirmed that the DPO was in detention, said he would be prosecuted if found culpable.

The CP who said he has visited the area and met with the families of the deceased, added: “I told you that we were investigating and we have sent undercover policemen to the family of the deceased and the scene of the incident.

“We spoke to many people. We now have true version of the story contrary to what the DPO told us.

“The police under the leadership of the IG operate in a manner that all actions must be in tandem with democratic principles and respect for human life.

“We will not condone any act of impunity. All those that are adorned with police uniform and get involved in impunity are not part of us.

“The DPO is under investigation. If we find out that he is not one of those officers that belong to the new Nigeria Police the law will take its course. The DPO has been taken into custody. I have met with the family of the victim and we found out that it was imperative that investigation be carried out.

“The Deputy Commissioner of Police in charge of SCIID, the Area C Commander and the Commander X Squad have started the investigation. I will leave no stone unturned and we would not sweep the matter under the carpet.

“As soon as evidence is put up, the officer or whoever committed the act of impunity would face the wrath of the law.”