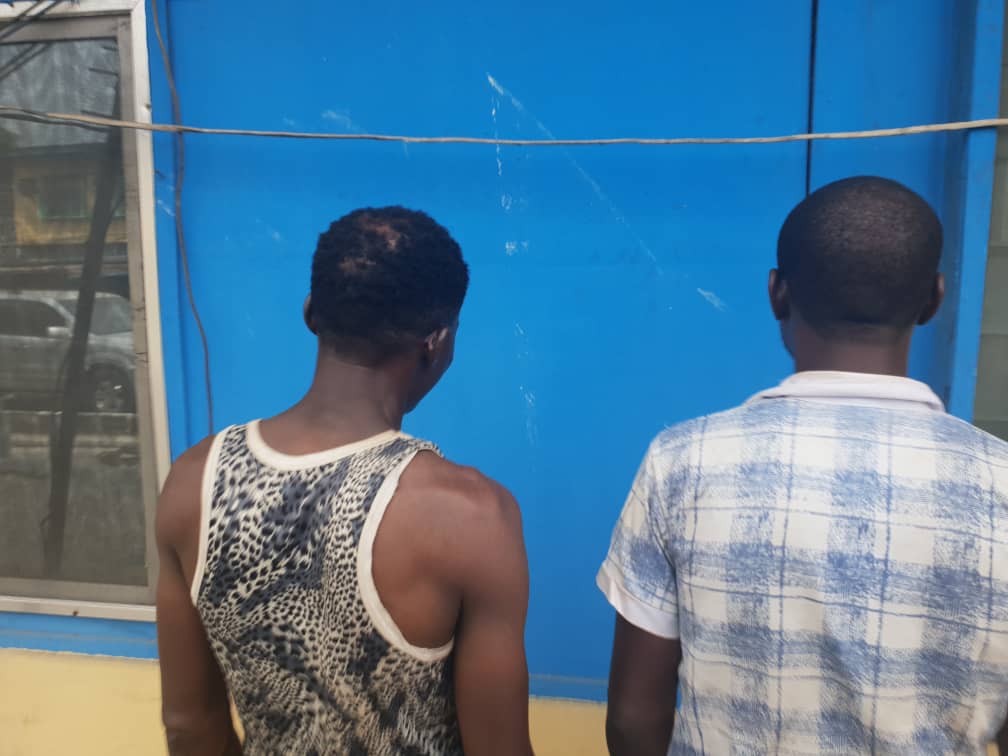 According to a statement released by Police Public Relations Officer Csp Dolapo Badmos,

On Monday  December 1,2018 at about 09:30pm, the command operatives while on Visibility Policing around Ogere Remo within Ogun State intercepted a Toyota Sienna Bus, brown in colour with two occupants. On flagging down the vehicle the suspects attempted to escape but the Policemen were able to nab them due to their alertness.

On searching the vehicle, a locally made cut to size gun with three live cartridges were recovered.  Consequently they were moved to police base for investigation..

Upon interrogation, the two suspects confessed to have robbed residents of Akobo Area of Ibadan in Oyo State where they stole goods worth millions of Naira, they stated further that part of their loots like phones, laptops and other gadgets have been sold to some receivers in Oyo State while  the sienna bus was been taken  to Lagos for a ready buyer.

The suspects  confessed to have formed a gang while serving their jail term in Agodi Prison, Ibadan as they further revealed that their operational base is at Ibadan.

The Zone 2 Police Public Relations Officer while briefing the journalists  said the operational strategy the command put in place for the Yule tide season actually paid off, as she stated further that the Assistant Inspector General of Police in charge of Zone 2, AIG Lawal Shehu has directed the operatives to fish out other perpetrators involved in the crime to ensure due prosecution.

UNICEF: Every child born in 2019 in Africa is not likely to witness the 22nd century

Why Nnamdi Kanu Cant Be Delayed For...