Police nab Nigerian in US for ‘robbing 4 banks’ 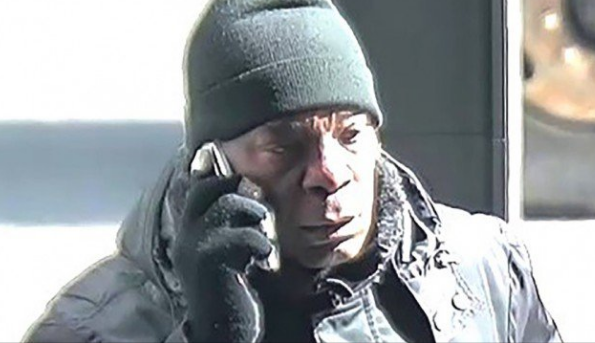 A Nigerian said to be a journalist and former United Nations employee has been arrested for allegedly robbing four Manhattan banks — all during his lunch hour.
According to New York Post, Abdullahi Shuaibu, 53, was picked up by cops on Monday and arraigned on two counts of attempted robbery.
All the four banks he allegedly robbed are within walking distance of his office at the foreign press center inside the US Mission to the United Nations, which is across the street from the UN building.

Shuaibu works as a journalist for an African news agency, police said.

He was arrested after a retired police officer who works as a guard at the US permanent mission to the UN recognised Shuaibu from a surveillance image previously released by the New York Police Department (NYPD).

“It wasn’t hard [to recognise him],” a guard reportedly told The Post. “He comes in and out of here every day.”

In the first incident, Shuaibu walked into a Santander Bank on Madison Ave. near E. 43rd St. on February 27 and told the teller he had a gun. The bank employee complied and handed Shuaibu an unknown sum of money.

He allegedly operated in two more banks in March, first striking out at a Bank of America on Third Avenue near E. 47th St. on the 13th.

He was said to have been successful in robbing a Santander Bank on Third Ave. and E. 63rd St. on the 27th.

During the most recent incident on Monday, Shuaibu reportedly walked into an HSBC on Third Ave. and E. 40th St. around 2:30pm and passed a note demanding cash to the teller.

The teller did not read the note and asked Shuaibu for identification.

He then instructed the employee to read the note, keeping his hand in his jacket pocket while simulating a gun, police said.

Police arrested him later in the day when he returned to the UN.

One of Shuaibu’s colleagues at the foreign press center said they were “all in shock right now.”

A UN spokesman said Shuaibu worked briefly for the United Nations for a couple of months in the fall of 2013, but has not had access to the facility since leaving in November of that year.

Police nab Nigerian in US for ‘robbing 4 banks’ was last modified: April 18th, 2017 by Reporter