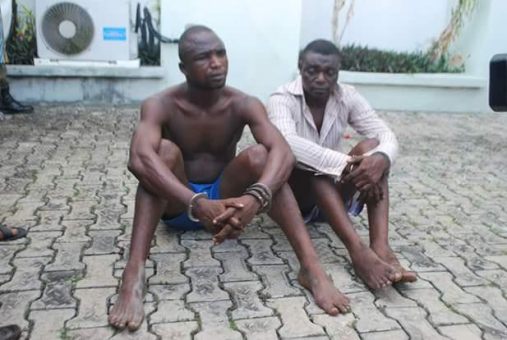 Parading the suspects before newsmen in Yenagoa, the state Commissioner of Police, CP Asuquo Amba said the suspects kidnapped one Aya Beauty from Warri and took her to Bayelsa where they kept her captive in a hotel while demanding for a N24 million ransom from her family.

The kidnappers had collected N200,000 from her fiancee before they were apprehended.

Also paraded along with the suspected kidnappers was a former soldier, who was arrested with a military pistol, five rounds of live .9mm ammunition and a hand grenade along Zarama Road, on the East-West road during a stop-and-search operation.

Amba said the suspects would be charged to court once investigations on their involvement in crimes, were concluded.