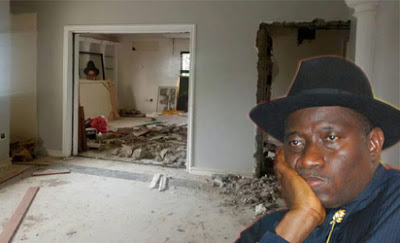 One of the three officers, Musa Musa, who was dismissed from the force for burgling the house of the Former President, Dr. Goodluck Jonathan, has been arraigned by the Federal Capital Territory Police Command, Abuja.

The dismissed officer who was a sergeant was among the three who burgled Jonathan’s house at No. 89 Fourth Avenue, Gwarimpa district, Abuja and stole items such as, sets of furniture, plasma television sets, refrigerators, air-conditioner units and box-loads of clothes such as designer suits imprinted with the former president’s name, male and female Ijaw traditional attires, lace materials and bowler hats.

They were arraigned at a magistrate court in Wuse, Abuja.The magistrate Mabel Segun-Bello, after hearing arguments by respective counsels, granted Musa bail with a bond of N7 million.

“The law is clear about right to liberty. Bail is granted to allow the accused attend trial. Where it is perceived that the accused may jump bail, he may be denied,” the magistrate said