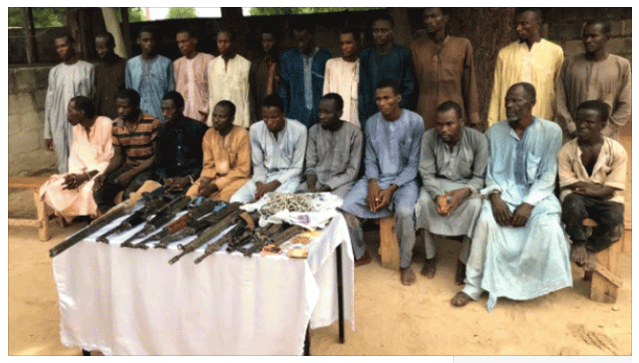 The police on Wednesday paraded eight persons suspected to be involved in the kidnap of the 276 students from Government Girls Secondary School, Chibok Borno state.

One hundred and twelve of the captives have been released while the remaining are still in captivity.

The suspects were said to have been arrested by operatives of the inspector-general’s intelligence response team (IGP’s IRT) in Borno, Adamawa and other adjoining communities.

They reportedly masterminded over 50 suicide bomb attacks within Maiduguri and Adamawa.