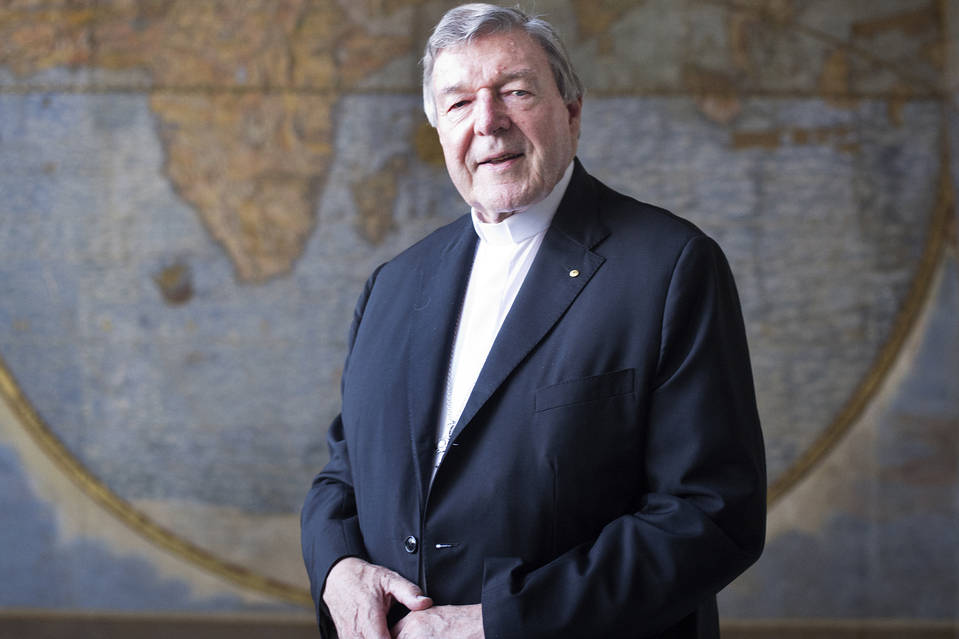 Vatican finance chief George Pell Thursday hit out at calls that he return to Australia to assist in a child sex probe into him, railing against “anti-religion” agendas.

Pell, the country’s most senior Catholic cleric, was interviewed in Rome by Australian police last October over historical sex assault claims. He strongly denies the allegations and no charges have yet been laid.

The Melbourne Herald Sun this week said a brief of evidence concerning the matter had now been handed to the Director of Public Prosecutions.

It coincided with the final stages of a long-running national inquiry into institutional responses to child sex abuse, which heard on Monday that seven percent of Catholic priests were accused of abusing children between 1950 and 2010.

Pell has appeared before the royal commission three times, once in person and twice via video-link.

The Greens party on Wednesday filed a motion in the upper house Senate, which was widely supported, calling for him to return to assist police and prosecutors.

“The Greens have opted for an obvious political stunt while knowing full well Cardinal Pell has consistently cooperated with the royal commission and the Victorian police,” his spokesman said in a statement to AFP.

“The suggestion that Cardinal Pell should be accountable for all the wrongdoings of Church personnel throughout Australia over many decades is not only unjust and completely fanciful but also acts to shield those in the Church who should be called to account for their failures.”

The statement added that Pell had taken “decisive actions to address the evils of abuse”.

“Their (the Greens) anti-religion agenda is notorious and most fair-minded Australians would see this motion as pathetic point-scoring,” he said.

The Greens said Pell had “done a very good job at avoiding a return to Australia”.

“We know that the Victorian police now have allegations of criminal misconduct against Cardinal Pell. It is time he came back to Australia to assist with investigations on this matter,” they said in a statement.

The allegations against him came from two men, now in their 40s, who said he groped them in summer 1978-79 at the Eureka pool in Ballarat, Australia, where the cleric grew up and worked.

The allegations were the subject of the police interview in Rome.

The Australian Broadcasting Corporation has also alleged Pell was naked in front of three young boys, believed to be aged eight to 10, in a surf club changing room in summer 1986-87.

There have also reportedly been complaints relating to his time as Archbishop of Melbourne in the 1990s.

During the royal commission, ordered by the government in 2012, Pell admitted he “mucked up” in dealing with paedophile priests in Victoria state in the 1970s.