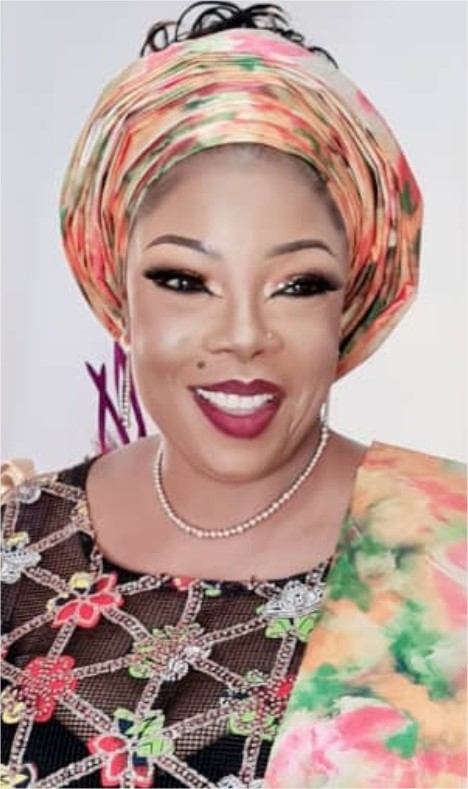 The name Yetunde Isola is very popular among those who deal in fabrics in Nigeria. She has been in the business for more than 35 years and has carved a niche for herself in that line of business.

Many people who see Yetunde Isola would not believe that she is already a grandmother. On Friday, January 29, 2021. She clocked 55 and had a mini-party at her Lagos house. You will call it a mini-party because of the number of people in attendance but the quality of the crowd does not make it a mini-party in any way.

She is also the brain behind the Amdalat Ajiun Foundation. A charity organization that is well-rooted in Ogun State. The organization is known for giving help to the needy, particularly women and children. It has given hope to a lot of hopeless people.

It was full of fun, and a very unique party indeed because of the brand of music and the band that played at the event. Hardly would you see them play in such a party but then, that is what makes Yetunde Isola very unique in every sense of it. City People’s DAMILARE SALAMI 07033526688 was at the mini-party and he brings you some of the highlights, enjoy.

IT WAS AN ALL-WHITE AFFAIR

The party dress code was a touch of white and yes, most of those who attended turned up in white. The celebrant herself, Yetunde looked stunning in her well designed stony white lace, an attire shared only with her very good friend, Kafayat Ibuowo aka Kaffy. Some of the male socialites at the event also dressed in white in honour of the wishes of the celebrant.

One of the reasons the event was a low-key affair was because of the effects of the dreaded COVID-19 pandemic on society. Yetunde Isola had put everything in place to ensure that the disease was not contracted or transferred. The crowd at the event was less than forty. That is to tell you how conscious of the virus the celebrant was. Starting from the entrance of the house, there were hand sanitisers, soap and flowing water. Every guest came with a face mask and wore it appropriately and of course, physically distancing too despite the fact that the crowd was not a large one.

Have you heard about the Rebuilder Drummers? If not, you must have been missing a lot. They are a typical Yoruba band. They play all genres of Yoruba music. From Apala to Fuji and what have you. In fact, one of the aspects the celebrant appeared to have enjoyed the most was the traditional music they delivered on different occasions. They took Yetunde Isola back to her hometown in Ogun State… she really enjoyed it.

To tell you that Yetunde Isola slayed in three different outfits should not be a surprise. Everyone knows she is a top fabric merchant and she got the best for herself on her big day. The first was a super stunning white lace. No one needs to tell you it is expensive when you see a quality fabric, you recognize it. The second was another beautiful orange gown. The third was a peach colour material. It was not stony but charming sequences.

KAFFY IBUOWO STOOD BY HER FRIEND

If there was anyone who deserved an accolade at the event, it was a popular fabric merchant, Kafilat Ibuowo popularly known as Kaffy. She was the only one who shared a similar outfit with the celebrant. She was everywhere, ensuring that she catered to the needs of the guests. She also anchored the cutting of the cake.

Meet Celeb Ladies Who Love To Dazzle On INSTAGRAM

My Neighbour’s Husband Wants To Sleep With Me!