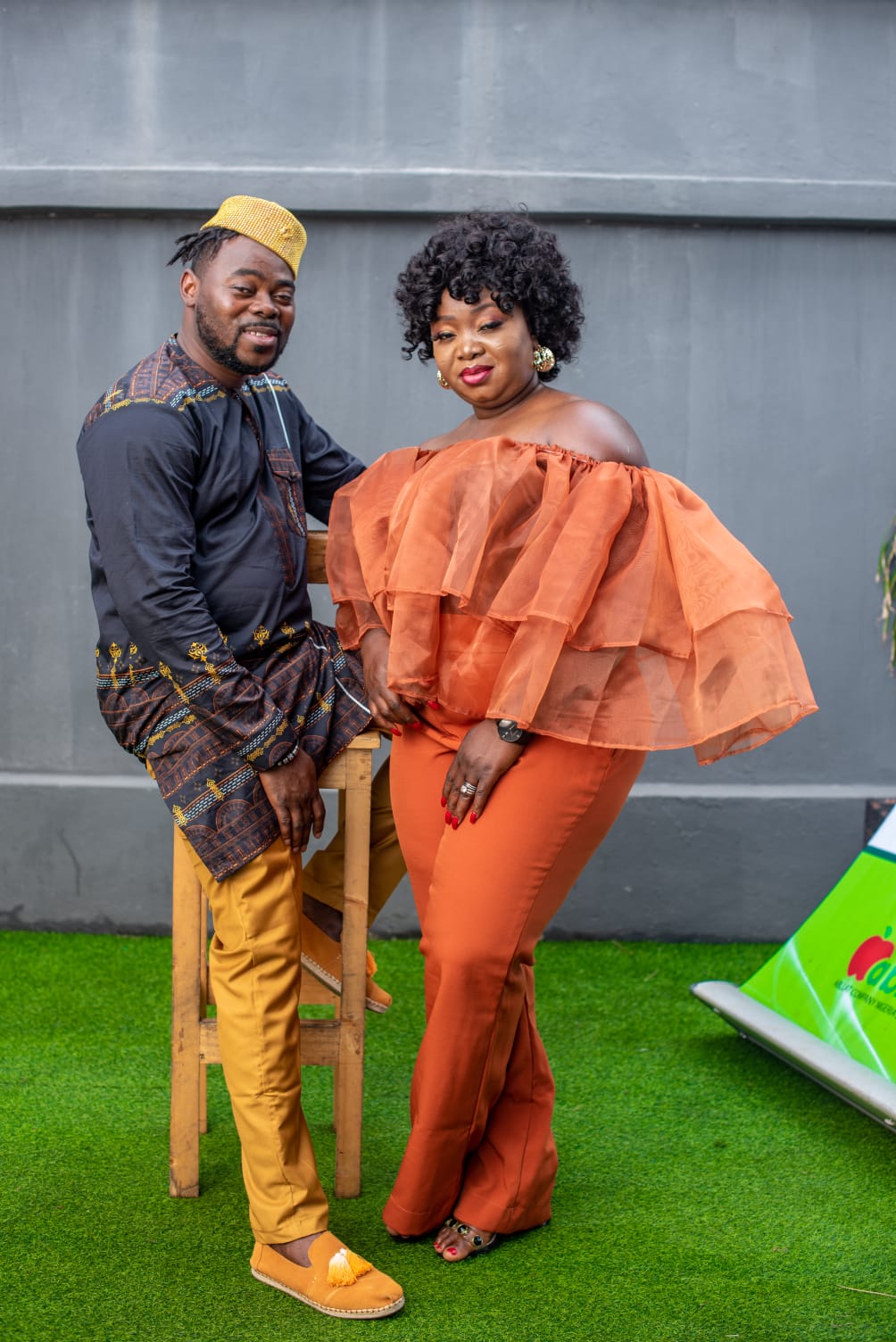 This is the story of 2 talented movie stars,Dunni Badru and Olakanlu Olanrewaju who live abroad.They are based in Dallas,Texas,in the US.The 2 of them are known as Mr & Mrs Kogberegbe,in a popular movie series that has been on for years.A few days ago,both spoke to Citypeople about their success story.

Please introduce yourself and what you do for a living.

My name is Dunni Badru. I am an actor, a content producer and an entrepreneur. I am based in Dallas, Texas.

I started as a Presenter on a breakfast show on Mitv in 2005. I joined with my partner to conceptualize Mr & Mrs Kogberegbe in 2011 and since then God has been faithful.

Acting is not easy here because of individual work schedule. Moreover, the cost of production is not encouraging. Most of the time, we find it difficult to bring casts together and this affects the timing of production.

Who are the actors you roll with abroad?

Not too many though but I would say Tawa Ajisefinni Alli, Mistura Asunramu, Bayo Bankole, Lola Faduri, Bigval and Doris Simon.

Where were you born? Where did you grow up and which school did you attend?

I was born in Ajilete Yewa in Ogun state. I attended both my primary and secondary school in Ajilete. I had my Higher National Diploma in Lagos State Polytechnic (Marketing).

My name is Olakanlu Olanrewaju, I am an actor and a content producer for Africa Magic Yoruba. I write and direct too. I am based in Dallas Texas.

I started as a kid actor in the church; stage actor in LASPOTECH. I also earned certification at Nigerian Film Institute, Jos. I started acting professionally in 2004 in a series titled “CAMPUS SQUARE” as a supporting lead actor. In 2005, I joined MITV as a Comedian on a live TV (Satire Comedy) which was 100% acting on a live TV. I was known as LOOSEMOUTH. In 2011, I conceptualize the most popular TV drama series on Africa Magic Yoruba “MR AND MRS KOGBEREGBE with the help of my partner, Dunni Badru. The journey has been a blessing.

It’s been really challenging and tasking considering my busy schedule here. Mostly, the cost of production and working with casts and crew schedule here is challenging. Production for a Nigerian movie market is also expensive because we paid casts and crew with Dollars and we sell our contents in naira so it’s not encouraging business wise, however, we are determined to pursue our career and love for acting.

I am officially a member of Tampan(TEXAS) so I roll with all Tampan members. Also, for our latest movies released few weeks ago actors like BIGVAL JOKOTOYE, DORIS SIMON, MISTURA ASUNRAMU and TAWA AJISEFINI ALI were all part of the production.

I was born in Isolo, Lagos State but had my primary and secondary education in Owode Yewa, Ogun State. I had my National and Higher Diploma in LAGOS STATE POLYTECHNIC (MASS COMMUNICATIONS). Thereafter, I proceeded to United States to study Libra Arts at Tirinity Valley Community College. Finally. I acquired my Masters Degree in Digital Marketing at Full Sail University, Florida, United States. Presently, I am studying screen acting at THEATRE ARLINGTON here in Texas. I am an indigene of Imeko Afon in Ogun State.