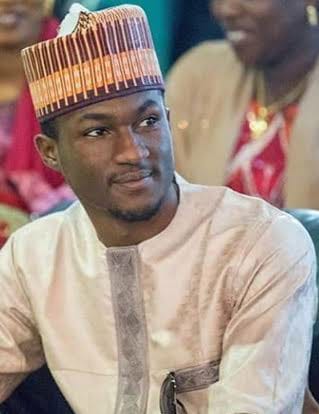 The presidency has dismissed claims that President Muhammadu Buhari’s son, Yusuf, has died from injuries sustained in a bike accident in December.

Yusuf broke a limb and sustained an injury to the head on December 26, 2017, and was hospitalised at Cedarcrest in the Federal Capital Territory until January 12, 2018, when it was announced that he was ready to be discharged after making remarkable progress in his recovery.

The president’s Special Assistant on Social Media, Lauretta Onochie, took to her Twitter account (@Laurestar) on Wednesday, February 21, 2018, to rubbish the claims.

The news making the rounds regarding Yusuf Buhari, son of Pres. Buhari & Aisha Buhari, is Fake.
He is very alive, to their shame.

She posted, “The news making the rounds regarding Yusuf Buhari, son of Pres. Buhari & Aisha Buhari, is Fake. He is very alive, to their shame.”
The president’s son reportedly crashed his power bike while racing with a friend in the capital city and was promptly rushed to Cedarcrest for medical attention.

In a press statement signed by the president’s Senior Special Assistant on Media and Publicity, Garba Shehu, on December 27, 2017, he revealed that Yusuf had already undergone surgery and was in a stable condition.

Despite media reports that he had been flown to Germany for better medical care early on December 28, Shehu denied the reports, saying that Buhari never left the country.

SEE ALSO: BANKY W ON RESTRUCTURING EME -” IT WAS TIME TO QUIETLY CLOSE THE RECORD LABEL ARM OF OUR BUSINESS”