Home News President Buhari Reveals Why He Has No Successor
News 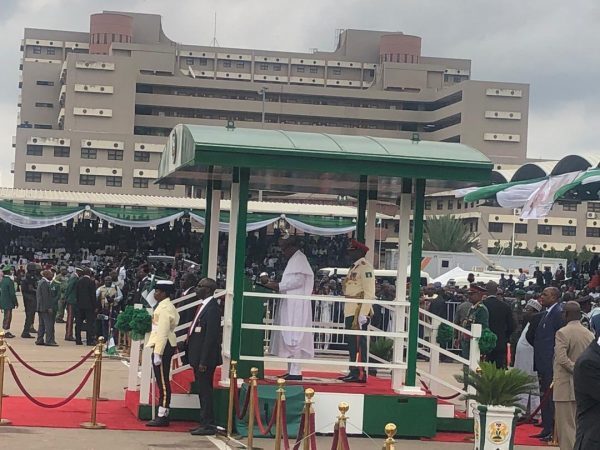 President Muhammadu Buhari has rejected the calls to name the person whom he prefers to succeed him.

Speaking while receiving members of the group known as Progressive in Academics (Pro-Acad) at the presidential villa, Abuja, Buhari said naming his preferred successor now will create problems for him and those making such calls.

The group had asked him to start grooming a youth who will replace him when his tenure expires in 2023.

But Buhari said becoming a president is not an overnight job but a painstaking process.

“Succession? To me, this is very funny. If I find anybody, I will create more problems for him or her. Let those who want to be president try as much as I did,” he said.

“I believe those who are interested need to know that I tried three times and the fourth time, I thank God and technology. Before they announced the result on radio and television, we got the results and those who disagreed were asked to go to court. Most of my supporters are looking for next day’s meal, they don’t have money to give to lawyers. So I said God dey!

“So, the fourth time because of technology they couldn’t rig the elections, so I won. So this time around I tried to work hard. I think you have more to do as intellectuals to make sure you correct Nigeria’s intellectual development, it is very important for the next generation.

“A lot of our young people are taking things for granted. Imagine to contest elections three times and ending up in the Supreme Court, it takes a lot of conviction and hard work. But people take things for granted, they say I want to be the president. As if I just to closed my eyes and opened and I got it.”

President Buhari Reveals Why He Has No Successor was last modified: July 30th, 2019 by Damilare Salami