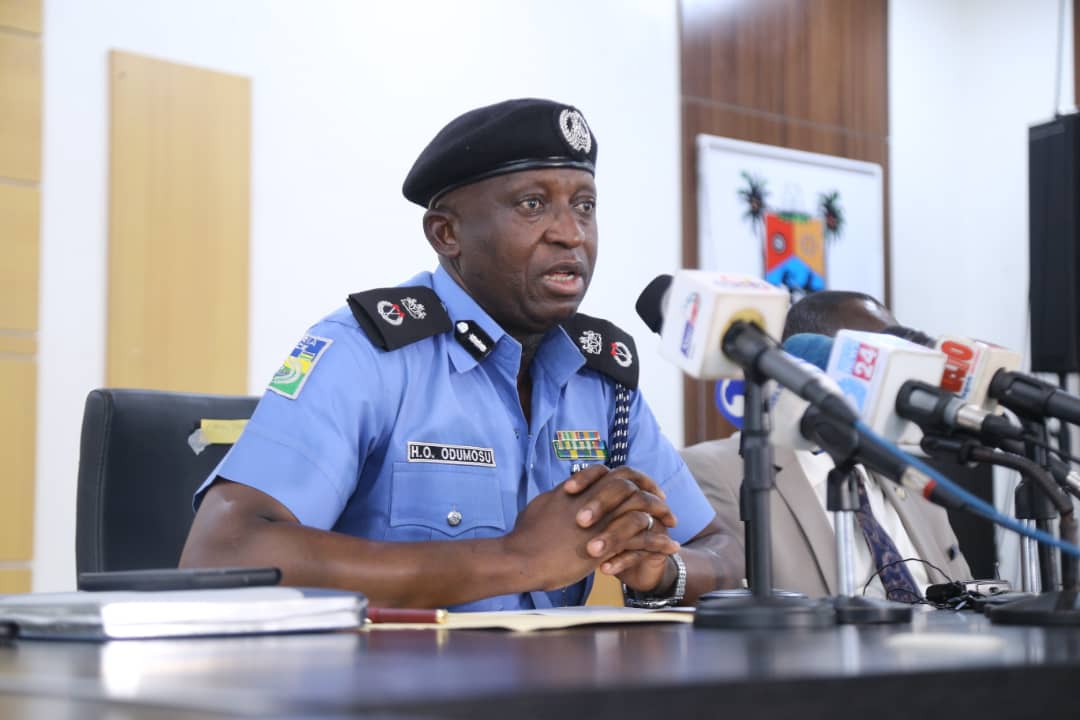 The attention of the Lagos State Police Command has been drawn to the news making rounds and a press statement signed by one Olayomi Koiki dated 30th June 2021, that some individuals have concluded plans to stage a mega rally, in continuation of the secessionist agenda for Oodua Republic, on 3rd July 2021, at Gani Fawehimi Freedom Park, Ojota, Lagos State. The Lagos State Police Command hereby warns that no rally will be allowed, under whatever guise, in any part of the state. The Command, therefore, warns the organizers and their followers against staging the planned rally and stay clear of streets of Lagos for the interest of the State and the general public as anyone caught participating or facilitating the rally will be dealt with within the ambits of the law. Lagos State cannot afford to experience any security lapses, breakdown of law and order and threat to public peace at the moment, considering the negative effects and reoccurring agonies of the October 2020 violent #Endsars crisis that led to massive destruction of public and private facilities while some Police personnel paid the supreme price.

This is in addition to many Police Stations, barracks, officers’ personal properties that were set ablaze during this period. The Command is still going through those harrowing experiences. The Command will not be cajoled by the so-called organizers that the rally will be peaceful. That was the same slogan adopted by the organizers of the #Endsars protest that was eventually snowballed into crises with attendant massive destruction of lives and properties. The Police will not submit to their antics.2 It would be recalled that on the 12th June 2021 there was a rumored stay-at-home order purported to have been issued by a group that was immediately debunked by Lagos State Police Command. On this note, the Command still reaffirms that on no account will any actual or rumored activities including the said planned mega rally be allowed to lock down the state or hinder normal daily activities of the good people of Lagos State. An intelligent report available to the Police indicates that some disgruntled elements have perfected plans to infiltrate the ranks of the protesters and cause more mayhem and seize the opportunity to attack and loot properties of law-abiding citizens of the state.

Similarly, it has gotten to the knowledge of the Command that the organizers’ footsoldiers and mobilizers have concluded plans to embark on procession on the streets of Lagos as part of the programme for the mega rally. The effect of this, if allowed to come to fruition is better known than imagined on the security, traffic and economic activities of a cosmopolitan state, like Lagos. It has also come to the knowledge of the command that the rally arranged to take place at Gani Fawehimi Freedom Park, Ojota, Lagos, has been planned by some other yet-to-be-identified groups to simultaneously take place in LekKi Toll Gate, Ikoyi, Iyana-Ipaja, Ikeja, Surulere, Ikorodu, and other areas. This, if allowed could be a fatal ground to anarchy. Intelligence also reveals that one Elewe-omo, a transport Union Leader in Ibadan, Oyo State, has perfected a plan to attack the organizers of the rally as a reappraisal attack to the death of one of his Followers allegedly killed by one Sunday Igboho’s group during a similar rally organized in Ibadan, Oyo State sometimes ago. The cumulative effect of all these is threat to law and order in the State. The Command will not fold its hands and allow disgruntled elements to truncate the peace being enjoyed in the state.3 The Command hereby appeals to the general public, especially Lagosians to shun the rally while parents and guardians are urged to discourage their children and wards from participating in the rally. The general public and all law[1]abiding people of Lagos State are hereby urged to go about their normal daily activities as the Police Command and other security agencies have, as usual, put measures in place to provide adequate and water-tight security for all and sundry in the state.