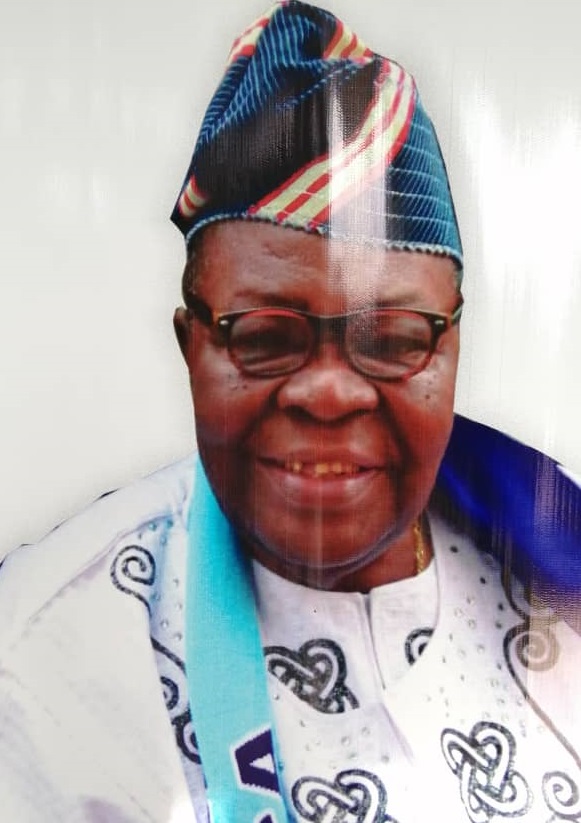 He was very popular in his lifetime.This is because he was a big Socialite who knew many society people. He died a few weeks back and his rite of passage began in Lagos on Wednesday 30th June,2021

As a way of celebrating a life well spent, the entire members of the All Saints Anglican Church in Ikosi-Ketu, Lagos on Wednesday 30th June 2021 held a Service of Songs for this late icon and an illustrious member of the church, Otunba Olajide Remilekun Oshunnubi.

Otunba Oshunnubi who died on June 7th, 2021 was a father figure in the church. He was the patron of the noble and vibrant group, Young Men Christian Association (YMCA) of the church.

The octogenarian was highly influential and meant a lot to those around him. This was evident as the church was full to it’s brim. Family, church members, friends, neighbours and associates came out in their large numbers to honour the deceased.

The service was laced with collections of highly spiritual hymns of the Anglican Communion which brought a calm and angelic atmosphere within the church premises. It was as if the angels descended from the heavens to join the Service.

The son of the deceased, a family member, a church representative as well as a neighbour were called upon as they testified to the impeccable character of Otunba Oshunnubi which they say is worthy of emulation. They acknowledged how impactful coming in contact with the late icon has been to them. They however prayed that he rests in the blossom of the lord as they would always remember him for the goodness he has done.

This was followed by a brief sermon as admonition for the living after which prayers were said by Venerable Israel Omotunde Owoyele, Ven. Gbenga Fagbemi and Revd. Olajide Onanuga respectively.

Preparation is in top gear as the body of the Late Icon, Otunba Olajide Oshunnubi would be laid to rest at his residence in Òkè Sopen in Ìjẹ̀bú Igbo on Friday, July 2nd, 2021 as Wake keep, which precedes it would also hold at the same venue on the 1st July 2021.