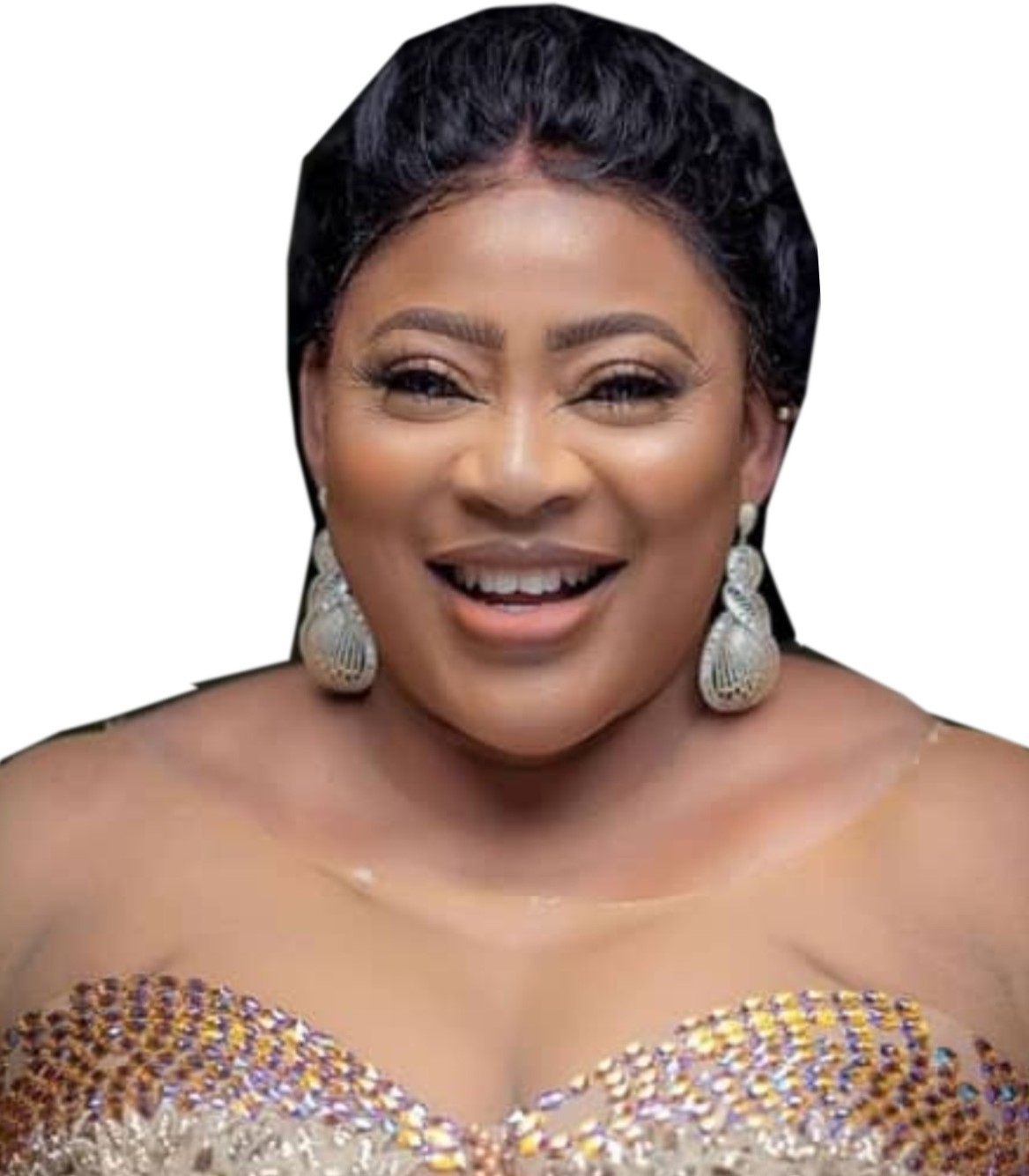 •Details Of The Classy 50th Birthday

It was a big event as the creme-de-la-creme of society gathered to celebrate one of the finest actresses and movie icon, Ayo Adesanya, as she marked her 50th birthday and 25 years on stage. The event took place on Thursday, 22nd August, 2019, at the Haven Event Centre, Alausa Ikeja, Lagos. It was anchored by popular comedienne, Omotunde Adebowale, known as “Lolo 1, and Oluwatosin Kupoluyi known as Xtreme Comedian. Ayo Adesanya’s 2-in-1 event was one of Nollywood best events of 2019. Femi Solar and Pasuma were on the bandstand, while Gloryland took charge of food.

5 different Aso-Ebis were displayed. Other artistes like Kenny St Brown and Ara also entertained guests. Everyone had a funfilled event with lots of other side attractions.

A documentary was also shown to celebrate the screen goddess while lots of her colleagues also celebrated her through  goodwill messages that was shown on the screen.

The delectable actress was ushered into the venue of the party in company of her handsome son, who was looking cute in a black suit, while, the actress was gorgeously dressed in a baby pink well-designed gown. She was looking 20 in her outfit, as she was ushered in like a bride with little brides and grooms in front of her, while her close friends and colleagues danced ahead of her to usher her to her beautifully decorated seat. Ayo is one actress who enjoys dancing a lot, so she gave us a few of her dance steps before she took her seat, while her close friend and colleague, Foluke Daramola, was by her side, to make sure, she doesn’t step on her long gown.

MR ADEYINKA AKINTOYE STARTED THE EVENT WITH AN OPENING PRAYER

This highly respected man of God, Mr. Adeyinka Akintoye, started the event with an opening prayer, before every other thing followed.

LOLO AND EXTREME COMEDIAN AS MC

Oap and comedienne, Lolo 1, whose real name is Omotunde Adebowale and Oluwatosin Kupoluyi, popularly known as Xtreme Comedian were the perfect anchors for the 2-in-1 event. There was certainly no dull moment at all, and they equally carried everybody along with their rib-cracking jokes.

Television personality, Denrele Edun, who was supposed to handle the red carpet came a bit late, but immediately he stepped into the venue, he changed the tempo of the party adding so much fun and life to it. He was uniquely dressed in one of his usual loud-and-crazy costumes, and engaged the celebrator to a dance competition, which the celebrator won. Despite coming a bit late, he was able to make up for the time lost,  and that is one of the many things that makes Denrele unique and different.

Baby pink was the colour of the day. Besides the baby pink lace that the Nollywood actresses wore at the party, some other actresses and guests also looked beautiful in a blue and pink Ankara, while some of her colleagues and close friends rocked a yellow lace. Also the men were all handsomely dressed in a dark pink native wears, while some other guys also wore white natives attire. The different colours of aso-ebi made the entire event very colourful.

VENUE  DECORATED IN WHITE AND GOLD

Ayo Adesanya is associated with class and high-taste, which was why the hall was well decorated in white and gold.

Sisi Abbah Folawiyo is one of the highly respected society women in Lagos and only steps out for very important parties. She came early for the party gorgeously dressed and spent quality time at the party. She equally posed for the cameras and danced with the celebrator.

Ayo Adesanya was happy and grateful when she saw the turnout of crowd at her party and the calibre of people who came.

Popular Juju act, Femi Solar, took charge of the party, playing selected songs to the listening pleasure of the guests. He sure entertained the guests, as they all took turns to dance and spray him with naira.

PASUMA TAKES OVER  AFTER FEMI SOLAR

Female drummer, Ara Ola also entertained guests in her unique style. After beating the drum for a while, she started singing and Kenny St Brown joined her on the stage, and they performed together, while Ayo Adesanya danced to their performance on stage.

Popular female gosple act, Kenny St. Brown did the toast of the cake, while all the Nollywood stars were invited  to the stage to be part of it. It was, indeed, beautiful and colourful, as they all sang for her.

Honourable Kayode Shobote was called upon by the MC to help with the cutting of the cake, which he did perfectly for the celebrator by spelling the word “Jesus” and the toast to the celebrator was done next.

A documentary was shown to celebrate her special day and her journey of 25 years and the highs and lows she had as a veteran in the industry. Her colleagues, especially the ones who couldn’t make it to the party owing to one reason or the other sent different goodwill messages to her, while some others described what she means to them, and how she had stood by them in one way or the other.

GLORYLAND CATERERS IN CHARGE OF FOOD

Gloryland Caterers took charge of food, as there was so much to eat and drink, from local to international dishes, guests were treated to sumptuous delicacies.