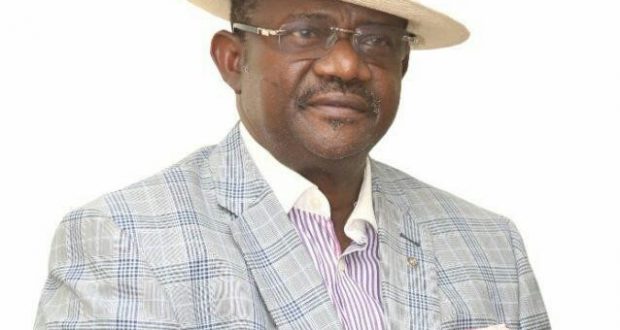 Thursday, September 20, 2018, did not start like it was going to be very busy at the Anthony Village office of Biscon Communications Limited, owners of Biscon TV 24 hours channel on GOtv. But it ended up being one of the busiest days for the Tv owned by the ace broadcaster, Prince Bisi Olatilo celebrated its first anniversary of 24 hours nonstop broadcasting.

The celebration is a landslide achievement for Biscon Tv which in just one year has been able to position itself as one of the best content providers in news, sports, fashion and lifestyle, movies, special interviews, etc.

The day started with an in-house progressive meeting with all members of staff; presided over by the CEO himself, Prince Olatilo to appreciate and encourage all staff members for their passion, dedication, and zeal to see Biscon tv achieve its set out goals, an inside source revealed.

Immediately after the meeting, guests started coming in one after the other, but in their numbers to felicitate with the Prince whose landmark achievements in the Nigerian media space cannot be swept under the rug.

The event didn’t go without menu as Nigeria’s king of small chops, Saheeto Small Chops was on ground to fill the tummy of everyone in attendance. Prince Olatilo, a native of Igbajo, Osun State, has an in-depth understanding and mastery of the 3 major languages in Nigeria namely; Igbo, Yoruba, and Hausa, a rare ability that sets this highflier far-off his peers. With over 30 years of experience in broadcasting, Prince Olatilo is without contest a national and an international brand to reckon with.

As a pointer to his hard work in radio broadcasting, Prince Olatilo was rewarded with several awards and a back-to-back winner of the prestigious Nigerian Media Merit Awards (broadcaster of the year category in 1993 and 1994). He is also a renowned Master of Ceremonies, with a long list of major events for dignitaries and top corporate organizations.

He recently graced the City People Movie Awards in Lagos where he dazzled everyone in attendance when he was called upstage to help present awards to a number of winners.

I Didn’t Set Out To Be An Actress – Popular Actress & Producer, SEYI EDUN (SHAI)