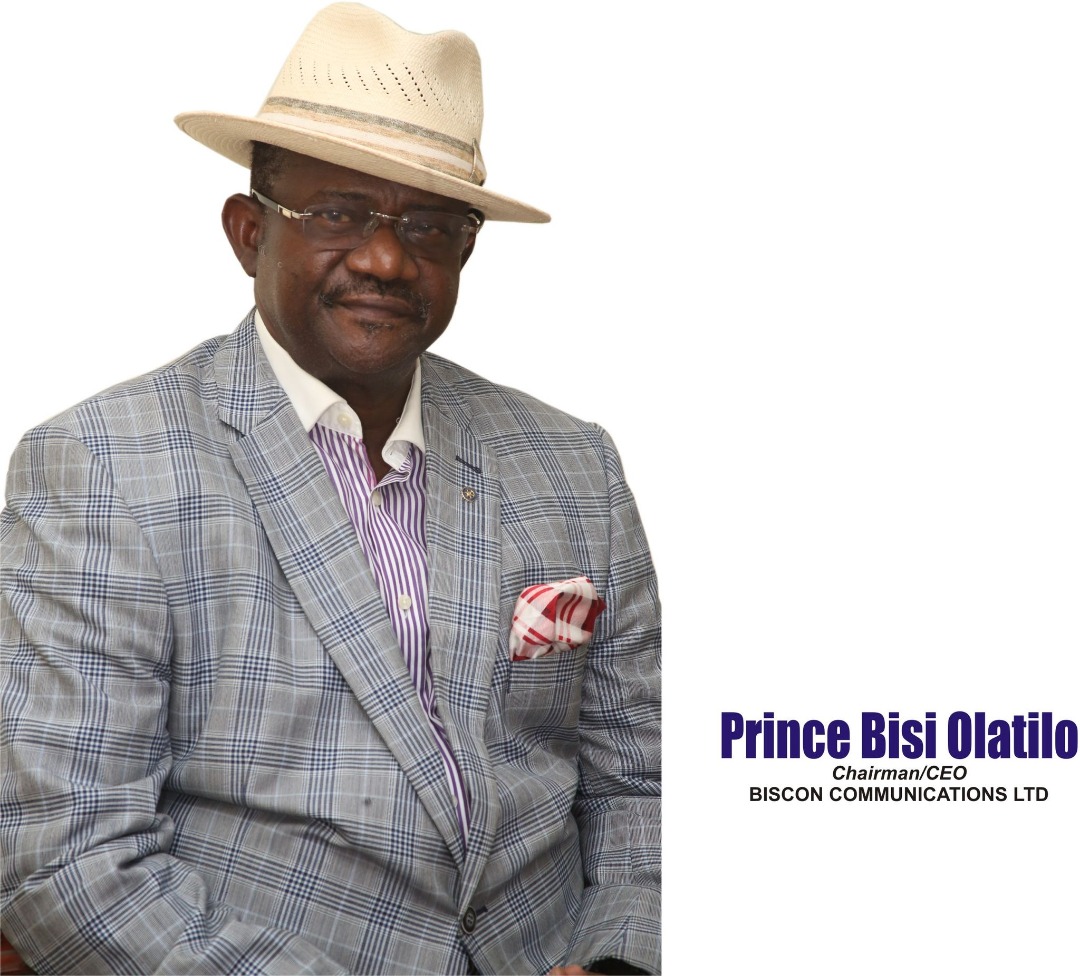 Last Saturday, 20th March 2021 at The Sheraton Hotel in Ikeja, ace broadcaster, Prince Bisi Olatilo was honoured with a doctorate degree.
He was bestowed with The Honorary Doctorate Degree Award (HDDA) under the auspices of The SWISS School of Business and Management Switzerland (SSBM). It was the first of its kind to be organised in Nigeria.

It is intended to celebrate and recognise businesses, Companies and Enterprises with exceptional leadership and impact in the country.
That as why Prince Joseph Adebisi Olatilo was honoured alongside distinguished Nigerians.

Prince Joseph Adebisi Olatilo was born in Kano state Northern Nigeria on the 20th December 1953. He was educated at Baptist Day Primary, School Kano, Kiriji Memorial College lgbajo in the Boluwaduro Local Government Area of Osun State, his own State of Origin.

Bisi Olatilo’s journey into the glamorous world of Broadcasting regarded as the Noble profession began in 1975 at the Broadcasting Corporation of Oyo State BCOS. Bisi Olatilo moved to The Federal Radio Corporation of Nigeria FRCN. in 1979 to further broaden his horizon in broadcasting where he read the Network News and presented other programmes which endeared him to Nigerians.

Of course, Bisi Olatilo was the most natural choice to fill the position of the head of Radio Nigeria3 because he was a polyglot of immense talent and creativity who speaks the three main Nigerian Languages with effortless ease and dexterity.

Prince Bisi Olatilo is the face of Nigeria on Global Television with the creation of The Bisi Olatilo Show BOS a New art of celebrity reporting. He is our Personality Of The Day.

We don’t have plans to arrest Saraki...