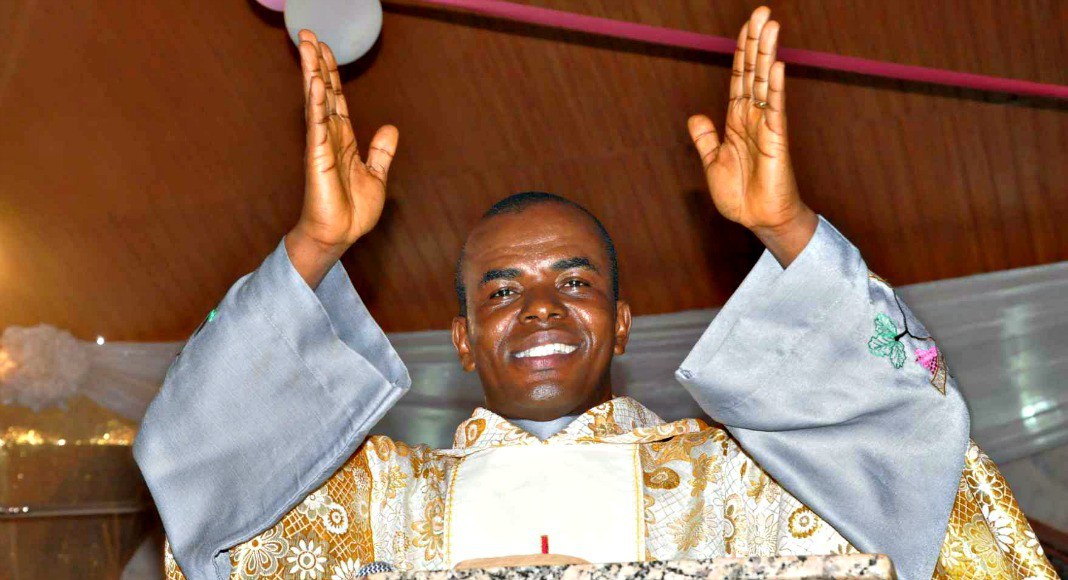 A Catholic priest in Enugu, Ejike Mbaka, was present at the swearing-in of Hope Uzodinma as governor of Imo state on Wednesday.

On Tuesday, the supreme court declared Uzodinma of the All Progressives Congress (APC) as the duly elected governor of Imo, effectively removing Emeka Ihedioha as the chief executive officer of the state.

Uzodinma and Placid Njoku, his deputy, were sworn in by the chief justice of Imo at the government house.

Adams Oshiomhole, national chairman of the APC; Rochas Okorocha, former governor of the state, who had been at loggerheads with Uzodinma, and Ifeanyi Ararume, the governorship candidate of the All Progressives Grand Alliance (APGA) in the last election in Imo, were also at the event.

Mbaka’s presence was said to have sparked off interest at the ceremony — for he had ”prophesied” of Uzodinma’s victory.

While speaking at his church programme, Mbaka said the APC administration would return to Imo, having been sacked in the governorship election of 2019.

During the programme which was held on January 1, Mbaka said Uzodinma’s return would be among the things that would shock Nigerians in 2020.

“Many things are going to happen in Nigeria this 2020 that will shock countrymen and countrywomen, but all would be to God’s glory,” he said.

“Lift your candles as I bless Hope Uzodinma; and I empower him to, spiritually, to take over. How I do not know.”

Polytechnics to Commence Strike on Nov.13