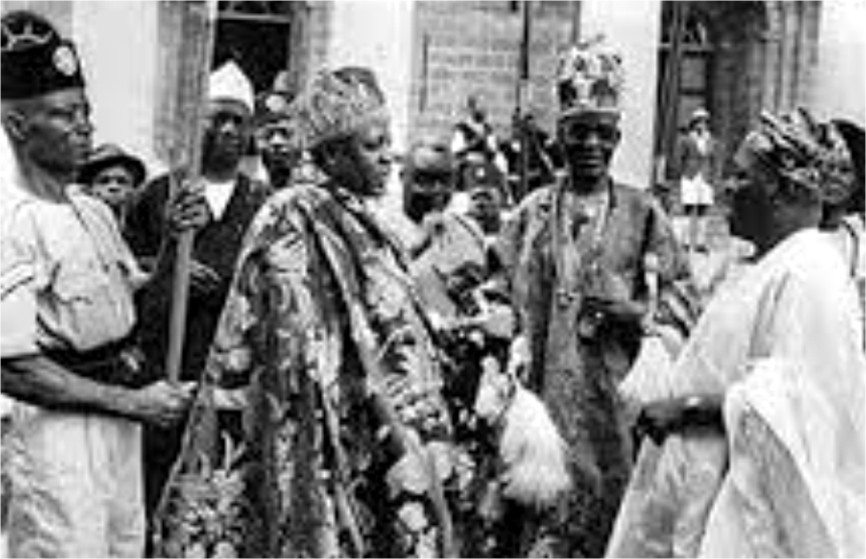 Who is the next Orimolusi of Ijebu-Igbo? That is the big question many Ijebu-Igbo princes are battling to answer, as the race hots up.

Let’s quickly tell you about the ancient city of Ijebu-Igbo, one of the major towns in Ogun State, bordered by Oyo, Osun and Ondo States. The town was one of the 3 earliest settlements in the state in 15th century. It is the home town of late eminent politician and Afenifere chieftain, Chief Abraham Adesanya and late Senator Buruji Kashamu. Former Senator Adegbenga Kaka, a former Deputy Governor of the state is also from Ijebu-Igbo.

The Orimolusi is a First Class title recognised by Ogun State government. The last Orimolusi, Oba Sami Adetayo joined his ancestors in May 1994, which was 27 years ago. Ever since the seat has been without an occupant due to a dispute over who should succeed him.

The protracted quarrel is among contestants from the same Ojuronmi Ruling House, whose turn it is to produce the next king. The fact that all the kingmakers in the Ruling House have died since the tussle began and has become a big challenge on who will assume the royal stool, while some of the nine contestants have also passed away during the period. The dispute is still in court.

Worried that their glory is gradually being dimmed due to lack of traditional headship, elders in the community, under the aegis of Ijebu-Igbo Council of Elders have initiated moves to find lasting solution through dialogue.

The move in recent months proves that the people have come to an agreement that there must be a king after 27-years without a royal father, and likeable to an internecine war or internal struggle for traditional power that had seen the demise of all kingmakers and six out of the nine initial contenders.”

An insider revealed that this is the first interregnum that has marked the Orimolusi stool. The first one was between 1887 and 1889, while the second happened between 1905 and 1928.”While the consequences of the earlier two intervals happened in the past, the current one is, to say the least, demoralising and embarrassing to the entire community, affecting its citizens, home and abroad. The community has been treated to various interpretations of what constitutes the current Orimolusi Chieftaincy of 1957, the declaration that was also upheld in 1981.

The consequences of which led to the various litigations and judgments at different tiers of our judicial system.

The meeting unanimously appealed to the state Governor, Prince Dapo Abiodun to assist them in putting an end to what can be described as 27 years of troubling past behind them. Their opinion. The pastime of Orimolusi rulership has been between the Ikupakude and the Ojuromi. The Ikupakude lineage has been on the throne since 1948 until 1994, With Oba Joel Adeboye ruling for 7 years and Oba Samuel Adetayo ruling for 39 years. The families that rules from the Ojuromi also include Sodipe and Meleki/Adesemowo

A reliable source added that the very first Orimolusi was crowned by only one person, Ogunelegi, who was Ijebu-Igbo’s first kingmaker, Since then, however the process of transforming an Oba-elect into full-fledged Orimolusi has gone through a series of evolutionary changes.

Today, all the 18 kingmakers have died. They used to comprise  ten leaders of Osugbos namely, the Oluwo and Apena of Five towns- Oke Sopen, Ojowo, Atikori, Oke Agbo, and Japara. There were also six leaders of the Pampas namely the Agbon of Ijebu-Igbo, and the head of Pampa of Oke-Sopen, Ojowo, Atikori, Oke Agbo and Japara. Finally, there are two representatives of the Odi group. Incidentally, apart from being the royal messenger and palace keeper, the Odis are also the Oba’s errand boys. The two leaders who form part of the kingmakers are the Ogbeni Odi, who is the head and the Igbakeji Ogbeni Odi, his second in command or at times, Igbakeji Ogbeni Odi may be dropped to reduce the number to seventeen.

READ ALSO: ACTRESSES WHOSE HUSBANDS WERE SNATCHED BY COLLEAGUES