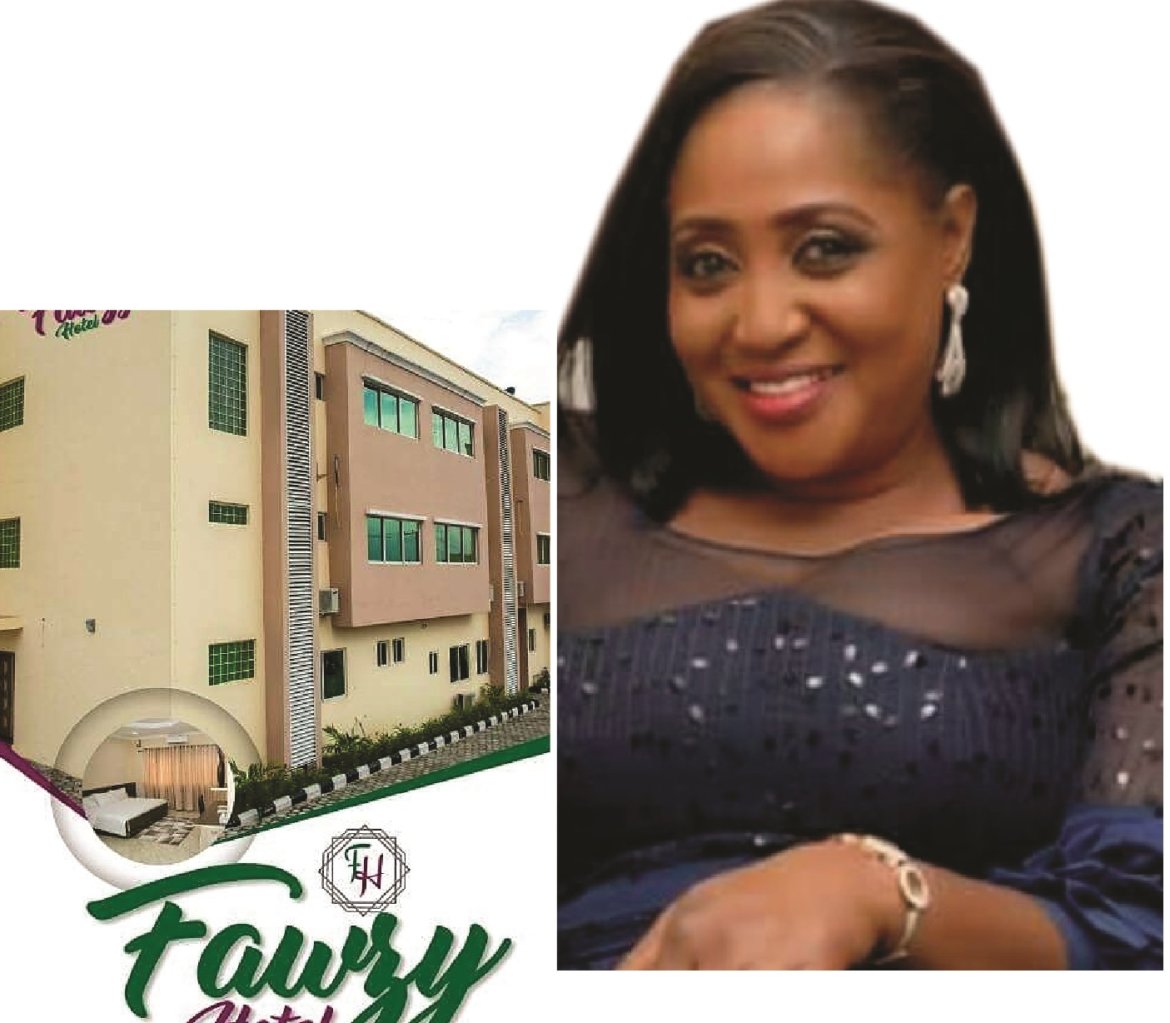 This is big news. Ibadan now has a brand new hotel that everyone is talking about right now. It is called FAWZY Hotel, Block VII Plot 1,2,3 Adewunmi Layout, Off Akinyemi Way, Ring Road, Ibadan. That is where many couples and lovers plan to spend Xmas. It is a lovely hotel owned by Ranti Koiki, the gorgeous and ever delectable Ibadan lady of style. The hotel has a lot of facilities and offers a lot of services that make it attractive. It has 19 luxury rooms, a Meeting Room, a Restaurant, free Wi-fi, a Bar,  parking space, excellent laundry service, a mini hall that can sit about 100, complimentary breakfast, transport service and car hire, 24 hour uninterupted power service, wheel chair accessibility, 13 cable TV channels including 3 DSTV Sports Channels.

Ranti Koiki told City People that she opened the hotel to fill a void she saw “the hospitality business in Ibadan. I just wanted a classy hotel that would provide solutions to most problems encountered in hotels. Having travelled far and wide, I had seen much of hotels and we decided we would be having a realy classy, clean and up to date hospitality haven.”

When did she complete work on the project? “We are not done yet. Work is still in progress because the pool and the Gym are not ready yet”. When did FAWZY Hotel open in Ibadan? “We opened on 1st of October 2017. We are just 2 months old and we are already occupying a pride of place in the scheme of things in Ibadan. All glory be to God.”

What has helped the hotel is Ranti Koiki’s reputation as a perfectionist. She is the brand Ambassador of Fawzy Hotel. Beyond her fashion and style, Ranti-Koiki is a woman of many parts. She is a successful Ibadan businesswoman who is into Gift and party items. She is also an image designer and event planner who has a souvenir and corporate gifts outlet called Fawzy Gift Palace on Ring Road. She is also into Aso Ebi and Souvenirs. “My main concern is to make peoples events colourful, starting from the Celebrant to the Souvenirs”. That Ranti Koiki is a big and well known celebrity lady in Ibadan, Oyo State, shouldn’t come as a surprise; she has lived all her life in Ibadan. She was born, bred and buttered in that ancient city and her parents were also a prominent couple in Ibadan.

Her late dad, Chief Samuel Taiwo Oredein, was a popular politician in the old Western region in days of late Awo’s Action Group party. He was a founding member of that great party. Her mum was a double princess. And Ranti herself has built a name for herself in Ibadan as an achiever. She is also one of Ibadan’s best dressed celebrity women, who never fails to turn heads whenever she steps into party. This is because she is usually good at putting her dressing together, from her gele to her iro and buba, Ipele to her shoe and bag. She dresses to match. And she has a way of looking glamorous. She is also known for tying the best geles in town.When Ranti whose full names are Morounranti Oluwagbebe Koiki turned 50 two years back it was a big event in Ibadan and for 2 days she thoroughly enjoyed herself in the company of her friends and family members.

She had her thanksgiving service at Victoria Memorial Anglican Church, in Akaran area of Ibadan. The dress code was Etu on White. That evening a disco party was held in her honour at Mauve 21. There was reception at 4Real Event Centre, behind Trave Lode Hotel, Ring Road, Ibadan and because she is always there for her friends and family members, it was payback time as Many of them stormed the two events to honour this elegant lady of style. Some of her friends even flew in from abroad. She planned her birthday from the beginning to the end. She is into private business.