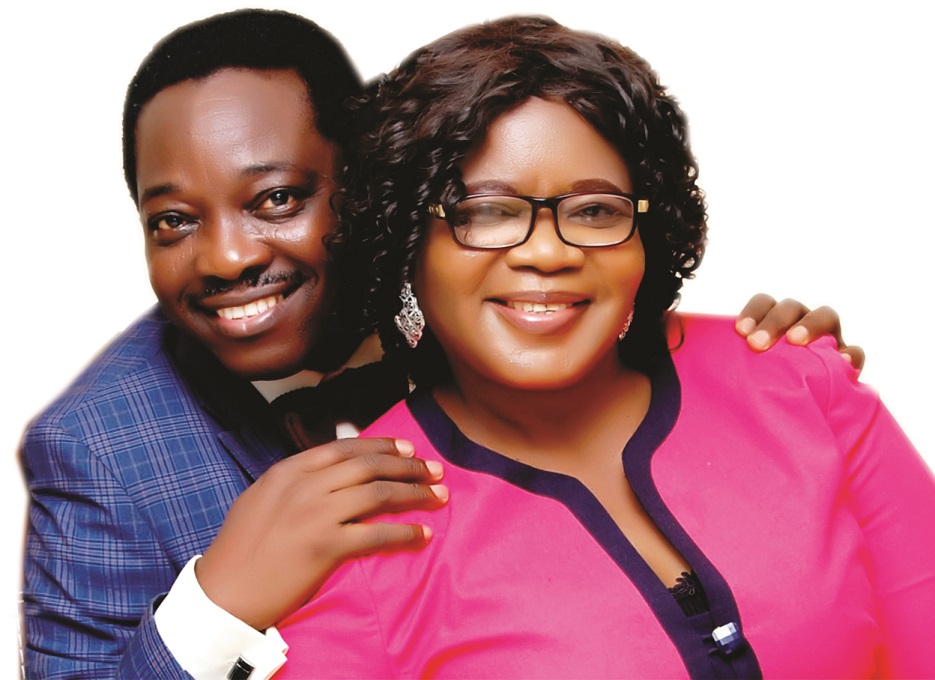 Pastor Mrs. Adekunbi Johnson is a woman of God who is set to celebrate her 60th birthday on December 24th, 2017 in Lagos. She is the adorable wife of Apostle Oladele Johnson, the founder and General Overseer of Jesus Liberation Ministries, in Lagos. In this interview, the soft-spoken lady spoke about her life at 60 and how she fell in love with her husband very many years ago. Read on.

You are about to celebrate your 60th birthday, how do you feel?

I feel so excited, apart from people telling me that I don’t look that age that one is even amazing and I return all the glory to God, and also when you have rest of mind, my husband gives me rest of mind and that has been secret of my look, my husband is the man I would love to marry if I have to come again, he is just too perfect for me.

What were the things you saw in him that made you marry him?

We met in 1983 at Foursquare Gospel Church in Shomolu, we started just like friends, we didn’t even know about the age difference, the first time I met him he was telling me about my life, that made me to get closer to him. My husband and I were so close to the extent that I do tell him anyone that came to woo me.

We saw each other everyday, because most of the activities in Foursquare then required us to be in church almost everyday including rehearsals, he was also working at the bank then, so we saw each other everyday. If we didn’t see each other in one day, it will look as if it’s one month, that was how we started, though the courtship did not start immediately, I never even thought of it, because then he was a ladie’s man, we might be talking now and you will see some sisters lurking around him, greeting him here and there, some would say “Brother Dele, I want to see you and he will leave me and go and attend to them. I started thinking, that this brother that is popular like this, if I marry him, there would be an issue, how will I cope not knowing that the same thing was going on in his mind.

So, it got to a stage when I saw that he is not forthcoming, I tried to help him “I said the Bible says cast your bread upon after many day it will come…but if it comes back any you are not there another person will take it, so I started speaking in parable maybe somehow he will do the needful, but I saw that because of the way he appreciate the relationship, he doesn’t want to offend me and loose the relationship. So he would say I want to see you today, and when I ask what is it he won’t talk again, until sometimes I see that there are people in church coming to approach me, I will tell him and he would asked me to answer them, but would tell him that I am not interested, and that was how the intimacy started, and at the end he is not that he really wooed me, he just used style to tell me I love you.

Let’s talk about your background…

I was born in Lagos, Yaba to be precise, my parents are late, I schooled in Ladylak Primary School, Yaba, I went to a secondary school in Badagry.

How did your journey into ministry start?

Let me start by saying, the experience I had as a youth, I used to feel a vacuum in my heart that something is missing but I don’t know how to explain it, but one of my sisters has been born again, and she is been telling us, but due to my nature, I am so quiet, I would just keep silent and be weeping within me. I felt rejected, I knew something is missing.

But in 1980, I got converted and gave my life to Jesus in Gospel Faith Mission, I remembered vividly how we went for a programme in Ibadan, because of my passion for the work of God, I was supporting the Pastor, by then I was working in the bank, I didn’t have anything to use my money for, I will just package my salary at the end of the month and give it to the Pastor. Later, I had intention to travel to America, I applied for visa, I resigned my appointment with the bank coupled with the fact that I was having some challenges with the manager, but later I was rejected the visa and that got me angry, it really gave me a set-back. But on one faithful day I went out and I saw a gospel van moving towards my direction and it was like every message that was coming from that Gospel Van has directed to me, I couldn’t leave the Bus-Stop, tears were just rolling down from my eyes and holy spirit started ministering to me in songs, when I try to move away, the van we move closer to me, I was standing, crying and rain started falling, until a taxi stopped, I hoped in and waved at the driver to move, the man was asking where I was going I couldn’t say anything, I was just weeping and from there God started talking to me to confirm some of the messages I have received that I have the call of God, I have had series of dreams seen myself working for God but I have never taken it serious. So I began to pray and things began to unfold then I went to Mountain of Fire Miracle, I joined the prophetic group there by then I began to see my prophetic grace and by the time my husband came into the ministry I started supporting him.

What was the conviction that made you to marry your husband after been his friend?

My conviction is in the book of Amos 3:3, “can two work together except they are agree”, just like what I said earlier, if we didn’t see in a day like this, it looks like a month and I always share my challenges with him, and long before I met him a prophet has told me that the person I will marry, I am going to senior to the person that I shouldn’t mind, so it didn’t bothered me unlike some other ladies. The fact is I appreciate his kind of person, he is outspoken, he is handsome e.t.c and I know that I need somebody like that in my life and to God be the glory, we are here today. God blessed us with 3 children, 3 grandchildren and 1 is on the way.

As one of the voice to reckon with in minstry and christendom, what is your advice to the women out there?

I have always been saying one thing, this generation are missing, it in the area of marriage, in the first instance the Bible say “marriage is honourable with the bed undefiled, but you will see that ladies are not taken it easy again, once they are in courtship like this, the lady has packed all her bags to the man’s house, women don’t value themselves again.

If a man loves you, he will wait and he will pay the price. Women should follow God’s way because He’s the author of marriage, lots of people are regretting today because they did not wait on God. Another thing is patience, marriage is n ot bed of roses but a lot of them don’t have counsel, they don’t know what the marriage is all about.  A woman of virtue pays price to become a virtous woman, every woman must be submissive, must humble themselves, listen to their husband expecially those that earn more than their husband. Do all that is within your reach to satisfy your husband.

FIRSTBANK, OTHERS PARTNER WITH JUNIOR ACHIEVEMENT ON...