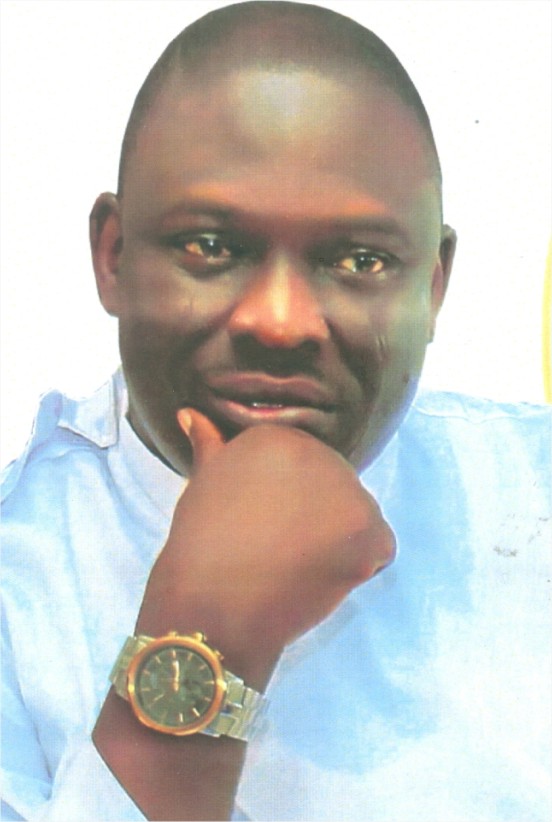 On Sunday 23rd August 2020, at the Church Auditorium of the Council Model Parish 2 of the Celestial Church of Christ on Abimbola Shoetan Street, Adewale Bus Stop, Off Governor’s Road, Ikotun, Lagos a Special Thanksgiving Service was held in honour of Honourable Bola Ilori (JP), the Special Assistant to the Minister for Interior who survived an accident recently.

He is a member of the Celestial Church.

Though Ogbeni Rauf Aregbesola the Minister of Interior could not make it he sent a Goodwill message where he revealed how Gov. saved the life of his S.A.

“Our purpose for being here this afternoon is to give thanks to the almighty God on behalf of our brother, Bola Ilori. Bola is my brother, friend and long-standing associate. He went on an assignment in Ondo State and on his way back, he had an accident. It was an unusual one. The vehicle in which he was travelling while returning from the assignment was hit from behind by an articulated truck belonging to a transport company, after the driver lost control.

The trailer was disengaged from the tractor after pushing them into the bush for close to a hundred metres”.

“Ordinarily, their vehicle was supposed to be flattened, like a steamroller rolling over a loaf of bread. But here we are today, celebrating the goodness of God for His protection and sparing the lives of the occupants. It is a miracle of the Most High God that no one had any serious injury and no one died”.

“The bible admonished us: ”In everything give thanks: for this is the Will of God in Christ Jesus concerning you” (1 Thessalonians 5: 18). It is possible to rationalise the incident and say whatever catches our imagination. But we should never forget that others with less serious accidents were not so fortunate”.

“At least, two of the miracles of Jesus were preceded with him giving thanks to God.

Before raising Lazarus from the dead, he thanked God for hearing His prayers and then called Lazarus to come forth from the land of the dead”.

“ Again, at the feeding of 5,000 with 5 loaves and 2 fishes, he lifted up a little boy’s lunch and gave thanks; then it began to multiply and after feeding 5,000 (usually men, not counting women and children at the crusade ground) 12 baskets of fragments were collected”.

“What we are doing today is akin to what the children of Isreal, led by Moses, did, singing songs of praises to God after they were saved from annihilation when God parted the Red Sea for them to pass through”.

“So, it is for Bola, and all of us, who are now rejoicing on his survival of what would have been a ghastly motor accident in which the Most High saved him with His mighty arm. Let us remain in the spirit of thanksgiving always, for the battles God fought on our behalf, the ones He is fighting and the ones He will continue to fight.

I will admonish us to lift our president and nation in prayer”.

“We are going through unprecedented challenges, the likes of which we have never seen as a nation. The outbreak of Covid-19 has brought the global economy on its knees”.

“This is within the context of other domestic challenges. We need God’s mercy and favour.

Please pray for the nation and those running its affairs”.

“This pandemic will end and the nation will return to the path of peace, prosperity and development and we shall have cause again to have thanksgiving”.

There were many other Goodwill messages. One was from Sup. Evangelist Tosho Matthew Oshoffa, the Shepherd-in-Charge, CCC International Headquarters Church, Archdiocese, Ketu, Lagos.

“Dear brother in Christ, I can’t thank God enough for sparing your life in that ghastly accident”, he wrote. “You have been a worthy source of inspiration in various capacities to many in CCC and beyond”.

Most Superior Evangelist E.O. Oladeji, the Shepherd-in-Charge, Celestial Church of Christ, Parish 1, Diocesan Headquarters, Lagos wrote: “We congratulate our very dear Church Secretary, Sup. Evang. (Hon.) Bola Ilori for surviving a ghastly motor accident that occurred in July 2020. He is a tireless worker, a philanthropist and selfless in service”.

Superior Evangelist Anthony Apata, the Shepherd, Council Parish 3 in Badagry also wrote his Tribute and described Hon. Bola Ilori as a philanthropist and commended his exemplary life and unselfish service to humanity.

READ AKSO: HOW I HAVE REMAINED RELEVANT IN THE PAST 28 YEARS – POPULAR SINGER & ACTRESS, YINKA DAVIES

How I Have Remained Relevant In The Past 28 Years – Popular Singer & Actress, YINKA DAVIES