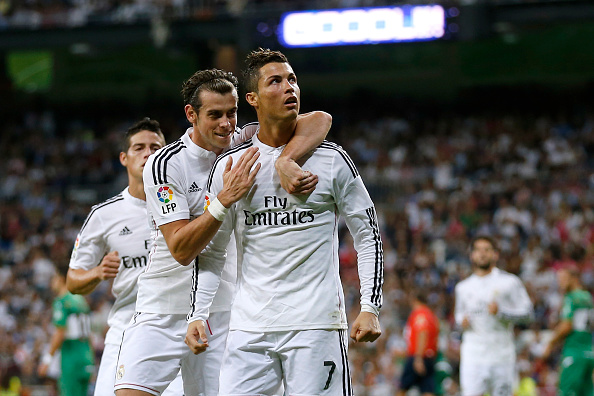 Real Madrid after making Champions League final have now turned their to winning their first La Liga title since 2012 when they play Sevilla in their final home game of the season on Sunday.

Real’s Champions League triumphs in 2014 and 2016 have distracted from rivals Barcelona’s creeping domination in the domestic league, with the Catalans winning five of the last seven titles.

Even Atletico Madrid, who Zinedine Zidane’s side saw off for the fourth consecutive year on the European stage on Wednesday with a 4-2 aggregate victory, have won the title more recently than Real.

In a nail-biting end to the campaign, Real and Barcelona are locked on 84 points at the top of the table. While Barca have a superior head-to-head record, Real have a game in hand, facing Celta Vigo next week before their final fixture against Malaga.

Seven points out of a maximum nine will be enough to end Real’s five-year run without winning the domestic title.

“Now we have to go for the league title, we really want to win it, and then we’ll have time to think about the final in Cardiff,” said Cristiano Ronaldo.

Even though they have a record 32 Liga crowns and 11 European Cups, Real have often struggled to combine their domestic and European campaigns. They last achieved the double in 1958.

Fourth-placed Sevilla look like Real’s most difficult opponents in the three remaining games, though Jorge Sampaoli’s team are far from the swashbuckling side that ended Real’s 40-game unbeaten run in January.

Sevilla have won just three of their last 12 games, stumbling towards fourth place and the final Champions League berth. Sampaoli is expected to leave the club in the summer to take up the vacant Argentina job.

Champions Barcelona, meanwhile, make the long journey to the Canary Islands to face a Las Palmas side also struggling for form, having lost seven of their last 10 games, and who the Catalans thrashed 5-0 back in January.

Barca’s hopes of a third successive title depend on Real Madrid slipping up, but forward Neymar said his side were only focusing on their games.

“We can’t be thinking about Madrid, we can only think about ourselves,” the Brazilian said in an interview with BeIN Sports.

“If we do what we have to, I think we can become champions. If we don’t give everything then we won’t win our games.”