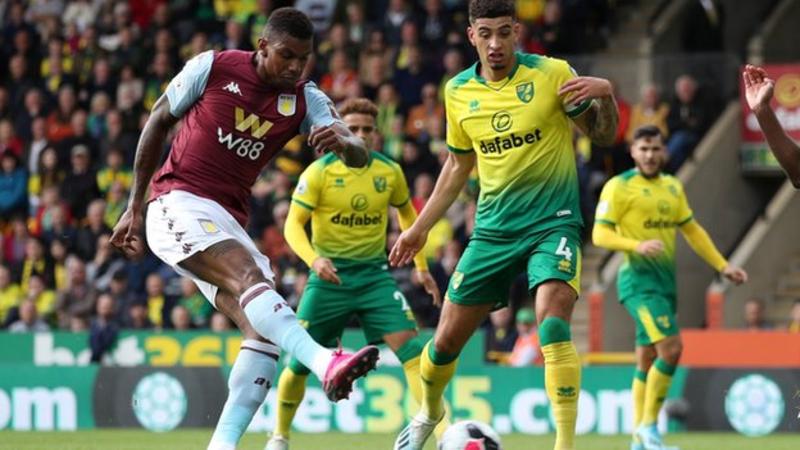 The 22-year-old striker scored twice as Villa moved out of the bottom three and leapfrogged their opponents in the Premier League table.

Wesley, who has been criticised by some Villa fans, opened the scoring with a neat control and finish, doubling the tally with a tap-in before missing a penalty.

Norwich continued to defend woefully after the restart, Jack Grealish allowed to sweep in a third to effectively end the home side’s hopes.

Conor Hourihane and Douglas Luiz added more as Canaries boss Daniel Farke’s 100th league game at the helm headed towards humiliation before Josip Drmic tucked in a meaningless consolation which few inside Carrow Road even celebrated.

Villa’s stunning win moved Smith’s side up to 14th, with Norwich sliding down to third-bottom with their fifth defeat in six games.

“Wes was a handful for their two centre-halves, we got the ball into him, he kept it and it allowed us to break from him,” Smith said.

“I thought he was a colossus upfront.”

See The Man Who Begs To Wash DJ Cuppy’s Pant