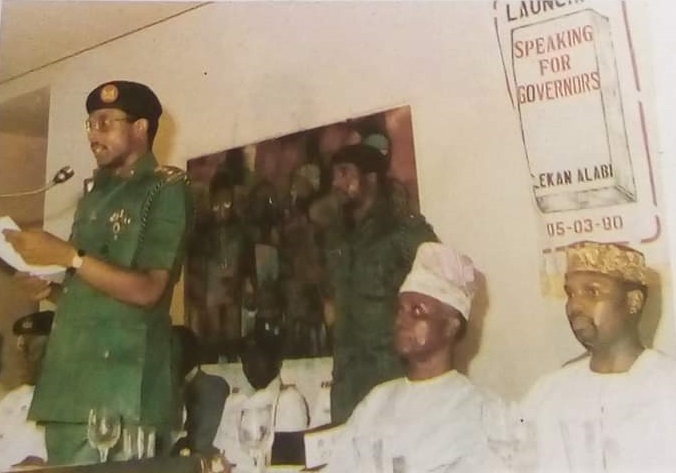 He was aged 52 years.May his valiant soul continue to rest in perfect peace.Amen.

Prior to his gubernatorial posting,Gen.Oresanya was the Chief Instructor,Senior Division at the Command and Staff College,Jaji,Kaduna State.He was the last of the four Governors(1 civilian and 3 military)of old Oyo State whom I had the honour of serving as the Press Secretary from 1983 to 1989,save the three months tenure of Dr Victor Omololu Olunloyo(1st October to 31st December,1983.)

I was struck by his first order to the State Director of Protocols,Mr Boye Jaiyeola and my humble self at the airport,”Please,I don’t want any indiscriminate use of the siren.And observe speed limits at all times”.A tradition that was NEVER broken,during and even after I left office.

He was a quiet but effective administrator,with eyes and ears for details.His interest in military history,philosophy and Yoruba mythology was almost insatiable.I remember asking him once from where he learnt the ode of local hunters(Ijala Ode).In his answer,Gen.Oresanya credited it to his stay,while a youth,in Oyo Town,where his late father was a primary school headmaster in the 1950s.

May the valiant and kind soul of gentleman officer Brigadier-General Sasaenia Adedeji Oresanya continue to rest in perfect peace.Amen

Nigeria, is there a cause or a curse?