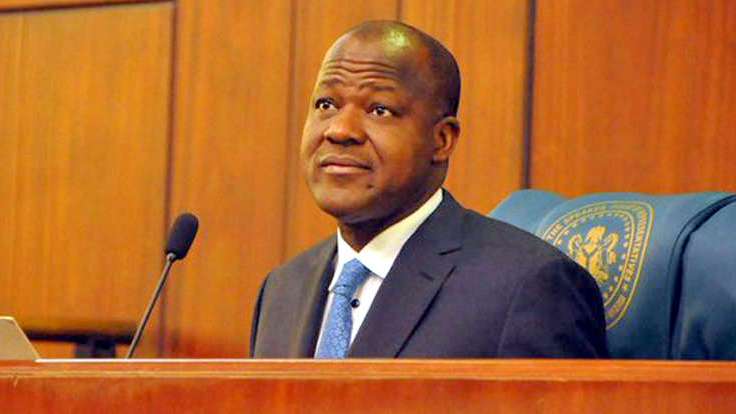 The Speaker House of Representatives,Yakubu Dogara has been described as a strong believer in democracy and supporter of president Muhammadu Buhari and will never do anything to undermine the president or his government.

This was disclosed at a press conference in Bauchi to debunk allegations levelled against the speaker by a group from his constituency over the recent resolution passed after the joint sitting of the National Assembly.

Addressing the press conference, the member representing Lere\Bula constituency in the Bauchi State House of Assembly, Muhammad Aminu Tukur said that the speaker, who serve as the returning agent for President Buhari at the APC presidential convention in 2014 will not do anything to undermine the Buhari led APC administration.

Tukur who was in company of an APC governorship aspirant, Captain Mohammed Bala Jibrin said that the move to tarnish the speaker’s image by a group from the Dass\Tafawa Balewa\Bogoro Federal Constituency of Bauchi State was being sponsored by some desperate politicians in the state for their selfish political gains.

“it came to our knowledge that an unknown, clandestine group, suspected to be hired by a failing politician in Bauchi State is all out to discredit the honour and integrity of the Speaker for no reasons other than pecuniary, self-serving and parochial,”he said.

READ ALSO: FG PLOTTING TO SET ME UP – WIKE

How TINUBU Plans To Celebrate His 70th...