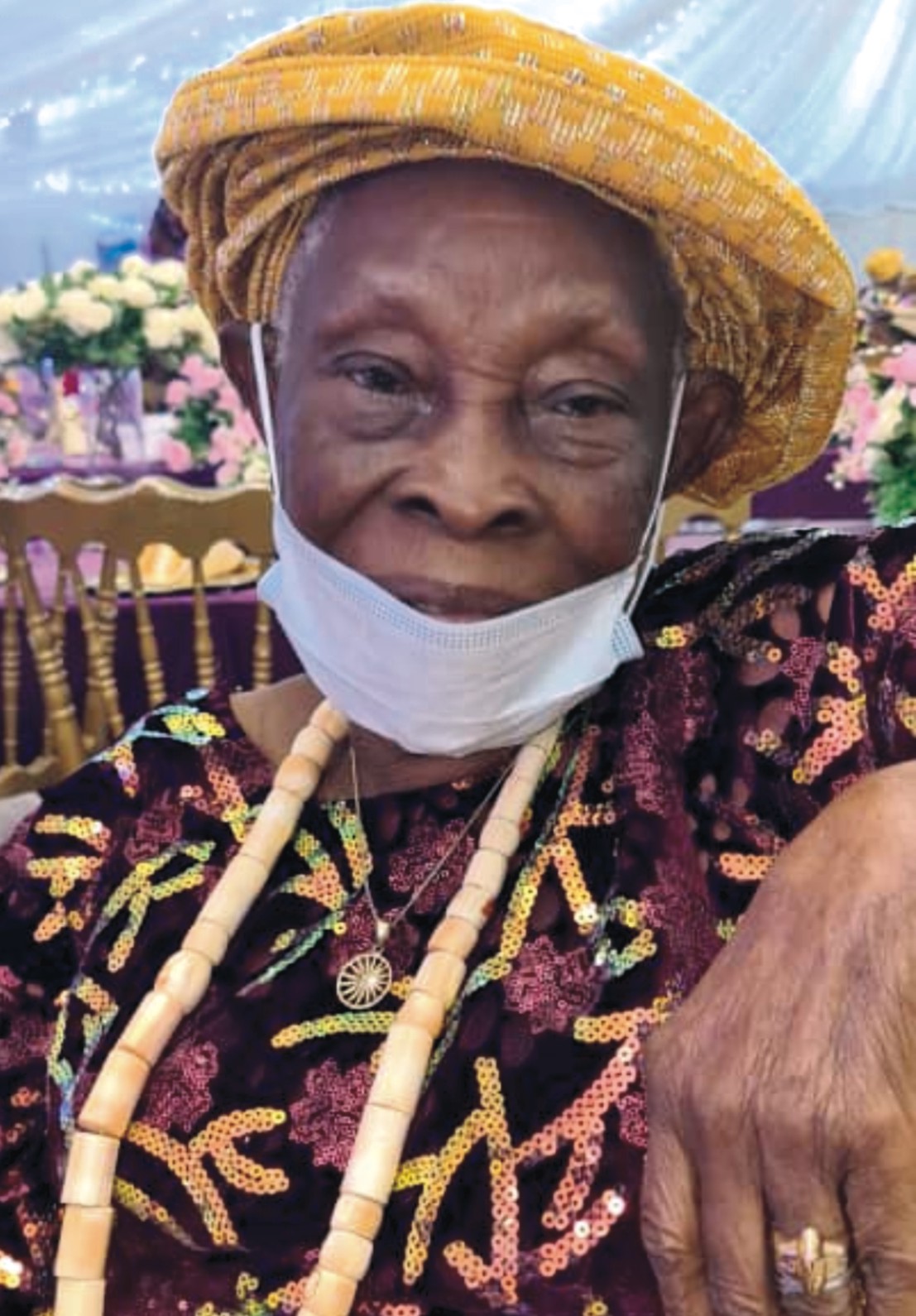 •Reveals The Secret Of Her Long Life @ 90

The Iyalode of Ibadan stool is a highly exalted office in Ibadan. Most of those who once occupied the seat were very always powerful and influential. Remember Iyalode Efunsetan Aniwura? Iyalode Subulola? Iyalode Aminat Abiodun? The list goes on. None of them was a push over. Valour, Candour and enterprise define them. They were indomitable. It was, therefore, not so strange to hear that to sit on the Iyalode stool, an aspirant must scale 23 hurdles. The current otun Iyalode of Ibadanland, High Chief Amudalat Adekunle, who stated this also revealed that the same steps it took Olubadan to ascend the throne were the same step it for an aspiring Iyalode of Ibadanland.

I was born here in Ibadan at Oke Oluokun. My mummy is from the Oyetunde family, while my dad is from Oke Odo in the house of Alajiki in Ibadan.

You are from the 23rd Lineage of the Iyalodes, when did you become the head of the family (Mogaji)?

For you to become the Iyalode of Ibadan land, you will go through the 23 steps, just like the Olubadan of Ibadan land. The Iyalodes are Kings of Females. On that Iyalode stool, women don’t become Mogaji. It is a position for only the male of the family. I started the journey during the time of my father, King Adebimpe, who was then, the Olubadan at that time.

You seem to have a lot in commond with Olubadan, and you are in the same age bracket?

Our Kabiyesi is my father. Yes, his mother was also born in Oke Odo. Our area is so close.

What is the secret of your beauty, you don’t look like a 90yrs old woman, does it have anything to do with the post you hold currently?

Well, it is by the grace of God. It is God that has helped me this far. He is the one who put as me in this position. This post of Iyalode- successor designate was started from my mother’s lineage, the Oyetunde family. It may amaze you that the ladder which I started over 40 years ago in which I rose to be the Otun Iyalode wasn’t what I bargained for. My family chose me. I was so much interested in business.

I used to be a traveller and I didn’t like posts or titles. I usually go overseas to trade and do businesses before I came back here.

I am also the Iyalaje of Oyo State. I was into Aso-Oke business.

When were you chosen for the post of Iyalaje of Oyo State?

It was during the time of our father, Baba Amubiikan, that I was selected for the post.

Is it safe to say that it is the education you had at that time that gave you an advantage to have such a strong retentive memory?

May be or maybe not. Well, I belong to the very first set of my school St Theresa. It was a convent school in Idi Ikan in Ibadan.

Which university did you attend?

I didn’t go to a university. I became a businesswoman as soon as I completed my education at St Theresa’s School. I was doing business in several places but mostly in Oke Odo.

What is the relationship between you and the new Iyalode?

We were both taught by the same teacher back in school. We have known each other since school days at St Theresa. The person that is with her is the wife of my younger brother.

What is the difference in age between you two?

Well, we are both mates and like I said we were both taught together in the same convent school.

What is the secret of living long?

Well, back in the days we the Iyalodes don’t fight or compete unnecessarily unlike the children of nowadays. We know that it is God’s grace that takes you to become the Iyalode of Ibadan.

If you want to live long, you won’t be in a hurry or won’t act rudely to your elders. You would know the difference between mates and elders.

What are the things to eat or not to eat to have a healthy life?

It is different for everybody. You know what is good for the goose might not be good for the gander. In my own case, I don’t eat maggie, I take locust beans.

When it comes to drinks, there are certain drinks that are not advisable to drink. There are different drinks out there now that are used for parties and several other things. I would advise that you stop taking them. Even at 90, I do all my chores myself. I also learnt early that to live long, you must be respectful.

You would be 90 in June, what is the secret behind looking young and radiant?

I guess it’s my grandson who told you that. Well, I don’t pass my boundaries. I also learnt to respect people irrespective of age. I also don’t put everything in my mouth as food.

What’s your relationship with The Olubadan and how long have you known him?

Well, the King Niyi is from Oke Agbo but he built his house there, his father’s house was in Popo. You see during the time of the fight at that village, his family moved to Lagos in the Sabo Household.

Which business were you doing overseas?

I sell clothes. I belong to the Olorunlagba Association. Back then when we see a means of becoming rich, we take all our friends together with our association unlike now where people do things separately and want to be the boss.

What business did you do back then?

I used to sell Aso-Oke, Damask, clothes and beads.

Do you also have another title?

I am the Iyalaje of Oyo State. I was married to the former Olubadan Ogundipe of Ibadanland. I was his third wife.

So your husband was a king?

Yes, he was the late king. Honourable Jide Ogundipe is my first child.

Why The New COVID-19 Variant Kills Its Victims Faster

Why Many Families Are Going For Steam Inhalation

Rosie’s Diary: Living My Life For Nobody!