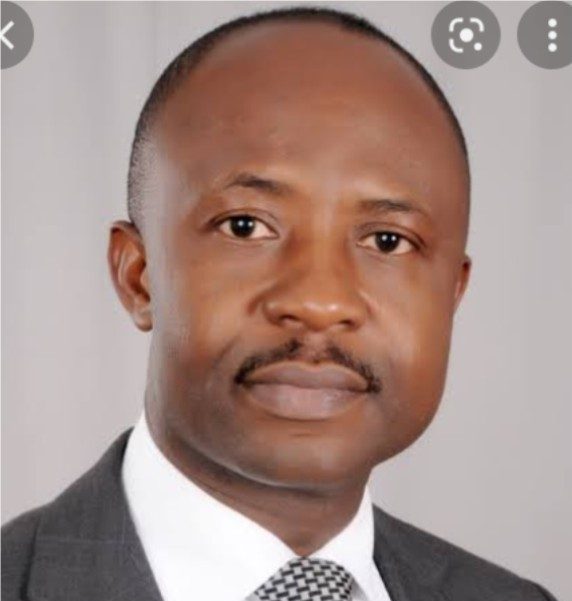 Since the Independent National Electoral Commission-INEC had announced the 2023 election timetable and the consultative period for aspirants, in the Rivers state chapter of Peoples Democratic Party-PDP where the incumbent Governor Nyesom Ezenwo Wike is the leader, not much has been heard about those jostling to succeed him in office apart from the fact that about 13 of them had obtained Expression of Interest and Nomination Forms.

Among those 13 aspirants, only 4 of them are actually prepared to go the whole hog to wrestle power from the rest of the incumbents who may have his most preferred candidate who he had never revealed. City People Magazine Port Harcourt Bureau Chief, Emeka Amaefula here exposes 4-serious contenders in Rivers State and how their participation in the Governorship Primary election will throw up a surprise outcome of who takes over from Governor Wike come May, 29th, 2023.

This is the man who a few weeks ago was Secretary to State Government-SSG having served as Minister of Sports and Youth Development during President Goodluck Jonathan’s administration. While Nyesome Ezenwo was Minister of State for Education, Dr Tammy W. Danagogo was holding sway at the Sports Ministry as both have had robust political relationships having served as Chairman of Akuku Toru while Wike was Chairman of Obio/Akpor Local Government Council all in Rivers State. In 2007, Wike was the one who brought Dr Tammy Danagogo to join the Rt. Honourable Chibuike Rotimi Amaechi led the Government as Commissioner for Chieftaincy and Community Affairs. In 2012 leading to 2013 and 2014, Dr Tammy Danagogo helped Nyesom Wike to fashion out plans on how best to take over Rivers State political power from the then All Progressives Congress-led administration of Chibuike Rotimi Amaechi. This led to the formation of a political Pressure group known as Grassroot Development Initiatives-GDI which propelled Wike to BRICK HOUSE Port Harcourt Rivers State seat of political power.

Dr Tammy Danagogo as Minister and another Rivers State Minister for Trade and Investment then Chief Kenneth Kobani joined hands in purchasing the Gubernatorial Expression of Interest and Nomination Forms for Nyesom Ezebunwo Wike who compensated them with the appointment as Secretary -To-Rivers state Government SSG in quick succession to each other. The political atmosphere in Rivers state favours zoning the Governorship seat to Riverine Coastal Local Government Areas with the Rivers State Ijaw ethnic group having the majority of occupants of those areas. And Dr Tammy W. Danagogo comes from Rivers State Ijaw ethnic group.

Today, he had resigned his appointment to pursue his governorship ambition as he is billed to participate in the PDP Rivers State Governorship Primary election coming up on Monday 23rd of May, 2022 as delegates from the 23 Local Government Areas will file in to cast their votes for who will represent their party at the March, 2023 Governorship election in Rivers State.

On the surface, he ought to have been the anointed candidate but to Governor Wike Dr. Tammy Danagogo has been politically settled for the role he played in 2014 in bringing him to political power as elected Governor of rivers state in 2015 and re-elected in 2019 as his support for a successor has been shifted to another greenhorn in politics.

A few months ago, this name was not popular as he remained a Civil Servant being the rivers state Accountant General. But suddenly his name was popped up by political opinion leaders as he has been chosen by Nyesom Wike as his preferred successor in Office come 2023. But something happened to a publication by the Economic and Financial Crime Commission having placed Siminayi Fubara and three other Rivers State Civil Servants as being wanted for an alleged crime of N117Billion fraud. Having been declared wanted by EFCC he was not physically present at the screening of Governorship aspirants but no one knows whether he was administratively screened by his party. He comes from the Riverine Ijaw ethnic nationality in Rivers State, a group said to have been favoured by the zoning arrangement of PDP. This is coming at a time similar to the former Abia State Governor T.A Orji who won the election while detained in Kirikiri under the custody of EFCC.

The emergence of brother Felix Amechi Obuah as a Governorship aspirant did not come to anyone by surprise because he was used in pushing out from PDP the former Governor of Rivers State and just retired Minister of Transportation Chibuike Rotimi Amaechi which began in 2012 State Congress of PDP where the then state Chairman of PDP late Godspower Umejuru Ake was to be re-elected for a second term but having from the same Ogba/Egbema/Ndoni Local government Area of Rivers State Brother Felix Obuah challenged G.U Ake in court over the chairmanship of PDP in Rivers State which he won in Supreme Court and quickly took control of the party till the 2015 Governorship election that was won by PDP Nyesom Ezebunwo Wike. Thus, he was compensated with a juicy appointment as Sole Administrator of the multi-Billion naira Rivers State Waste Management Agency-RIWAMA until last week when he resigned from office to pursue his gubernatorial ambition as PDP Governorship aspirant in Rivers State. He hails from the same Rivers State West senatorial district but from the upland area, not an Ijaw riverine community where the majority of the party loyalists are looking forward to producing a governorship candidate in the 2023 election.

Governor Wike’s Brother, Felix Obuah has been settled politically with the Sole administrator appointment as RIWAMA boss and he has no known legitimate demand apart from exercising his constitutional right to contest as an aspirant.

The former Deputy Speaker Federal House of Representatives and a native of Ikwerre ethnic nationality hails from Port Harcourt Local Government Area popularly addressed as PHALGA. He is a serious contender irrespective of the fact that Ikwerre ethnic nationality has produced Chibuike Rotimi Amaechi and the incumbent Governor Nyesom Ezebunwo Wike as governors of Rivers State respectively. Although many are seeing his emergence as the probable announcement for the deputy Governorship position whereas a Governor Wike loyalist and incumbent Chairman of Ikwerre Local Government Engineer Dr Samuel Nwanosike who just got elected for a second term in office is being positioned as Deputy Governor. The reason may not be unconnected to the fact that Obio/Akpor Local Government Area with the highest voting strength and being an Ikwerre ethnic nationality area with other Ikwerre speaking Local Government Areas must be taken seriously with a deputy Governorship slot so as to garner enough votes as against All Progressives Congress APC in Rivers State that has already shifted its Governorship candidate position to Riverine Ijaw.

READ ALSO: MEET THE 50 OBAS WHO RULE YEWALAND WITH THE OLU OF ILARO