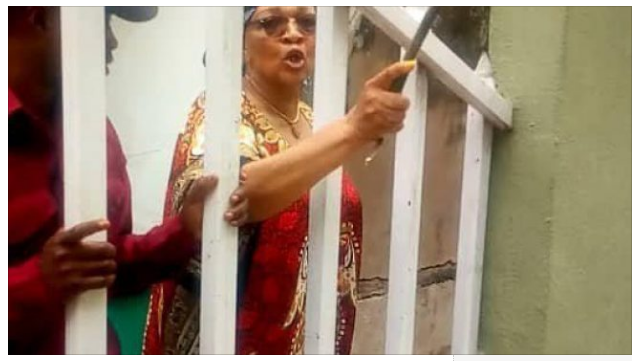 A serving judge at the Akure division of the court of appeal, Folayemi Omoleye, has been accused of assaulting a pastor at the Redeemed Christian Church of God (RCCG), Ijapo Estate, Akure, Ondo state.

According to a witness, Omoleye, whose residence is located beside the church, had forced her way into its premises during a mid-week service.

An argument broke out and in the process, the judge was said to have slapped the pastor.

“We were in a Divine Encounter service which normally holds between 10 am and 12 am on Wednesday. The woman (judge) entered into the church and started recording the church’s activities,” the witness said.

“A pastor and some members advised her not to disrupt the church service and she slapped the pastor as they were discussing. She also assaulted a 68-year-old woman. When the woman fell down, the judge started beating her with her slippers. The woman got injured and was taken to the hospital.”

The witness said officers from nearby Ijapo police station had to intervene before the matter was brought under control.

Dele Oyesola, pastor-in-charge of the church, confirmed the incident, describing the judge’s action as dishonourable.

He said the piece of land where the church is, was acquired in 1989. Oyesola said it was the Ondo state Housing Corporation that approved the land. He added that the judge bought the house beside the church about 10 years ago.

Idris Umar, a regional pastor of RCCG, said the church had directed its lawyer to write a petition to the National Judicial Council over the “dishonourable action”.

The effort to get the judge’s reaction was not successful as the security man at her residence denied journalists access. He said she was not expecting reporters.


The spokesman of Ondo police command, Femi Joseph, said the allegation of assault levelled against the judge was being investigated.

Joseph said officers of the command led by the divisional police officer (DPO) of Ijapo had visited the judge to question her about the incident.