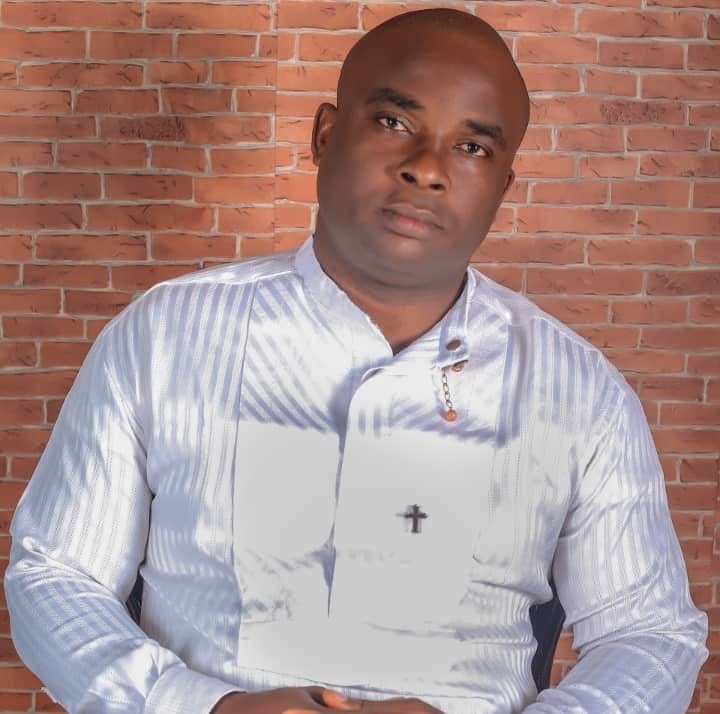 There are people who through their actions and inactions made the emergence of Engr. Biokpomabo Awara as African Actions Congress, AAC, Rivers state Governorship candidate 2-days to the election proper on March 9th, 2019. City People magazine Port Harcourt Bureau Chief, EMEKA AMAEFULA here brings the list of Rivers state politicians who are All Progressives Congress-APC members that aligned with African Action Congress—AAC.

Being the leader of All Progressives Congress-APC in Rivers and Minister for Transportation, he was enmeshed with the legal tussle that engulfed his Party in Rivers State where Supreme Court restrained APC from presenting candidates in the 2019 general elections in Rivers state. He remained calm and quiet while the court cases were going instead he planned for surprise package for Rivers state electorate where 2-Days to Governorship election he urged APC members and supporters to direct their votes to African Actions Congress—AAC and its Governorship candidate Engr. Biokpomabo Awara.

And it clicked like wild fire throughout Rivers State that Engr. Awara an unknown person has now risen to become a Super star with heavy security and a Helicopter air-lifting him to his Kula Island village in other to cast his vote on Saturday, March 9th, 2019.

The unlucky All Progressives Congress-APC Rivers State Governorship candidate Pastor, Architect Tonye Cole, who was stopped by Supreme Court and having come from the same Akuku Toru Local Government Area with African Actions Congress-AAC Governorship candidate Engr. Biokpomabo Awara was extremely busy coordinating the dislodging programme of the incumbent Governor Nyesom Ezenwo Wike. He was in Charge of “OPPRESSION WIKE MUST GO”. And he was organizing inner mobilization of new converts for African Actions Congress—AAC in Rivers State.

He was former Director of Finance in Muhammadu Buahri Presidential Campaign Organization in 2015 while Chibuike Rotimi Amaechi was Rivers State Governor and Director General of Muhammadu Buhari Presidential Campaign Organization of 2015. Sekonte Davies who speaks Mandarin and Russian languages fluently and married to a Caucasian lady was compensated with appointment as Director of Marine Operations at Nigerian Ports Authority—NPA. Having come from Kalabari land where Engr. Awara hails from, he took charge of logistics in the “OPPRESSION-WIKE-MUST-GO”. Sometime ago in 2018 he nursed the ambition of running for governorship position but the body language of his mentor and Leader Chibuike Rotimi Amaechi changed all that as his I-SEE—YOU—IN —APC—GROUPunder the National President Barrister Chizi Nyeomasila moved their support to African Actions Congress—AAC.

Unknown to many Rivers State electorate that Barrister Chidi Lloyd Director General of Architect Tonye Cole Governorship Campaign Organization under APC was at the same time in touch with Option B of dislodging Governor Wike come March 2019. He was Leader of Rivers State House of Assembly while Late Speaker Tonye Harry was there and Chidi Lloyd acquired Doctorate of Law Degree, LLD while serving in the House of Assembly. Hence Chibuike Rotimi Amaechi kept him abreast of the last operational tactics which was to surprise Governor Wike who used the Court process to stop all other Governorship candidates who would have given him serious challenge in the March 9th, 2019 election proper.

The National President of National Youth Council of Nigeria—NYCN-Ambassador Sukubo Sara-Igbe also hails from Kula Island in Akuku Toru Local Government Area suddenly turned his back on Peoples Democratic Party-PDP and GOVERNOR Nyesom Ezenwo Wike who he helped in 2015 to elect into BRICK HOUSE Rivers State’s seat of political power. First he defected to All Progressives Congress—APC. He quickly took charge of mobilization of Rivers state Youths from each electoral Unit to another in the 319 WARDS in Rivers State.

Lovely loved by her People of Port Harcourt Federal Constituency-1 of Federal House of Representatives seat that she had aspired for in the botched election for APC in Rivers State. But she was battle ready to have Engr. Awara win as the next Governor of Rivers State being a female member re-elected in the 2017 Parliaments election Rerun. She has the support of majority of the womenfolk in Ikwerre land far beyond her immediate constituency and her influence helped to turn out votes for AAC as directed by the APC leader in Rivers State Chibuike Rotimi Amaechi.

In the struggle to capture Obio/Akpor Local Government Area with the largest Voting population in Rivers State Honourable Chikaodi Owgudire Dike who hails from Ogbogoro community ward 16 in Obio/Akpor LGA and former Care Taker Committee Chairman of the LGA was in charge of African Actions Congress –AAC in Obio/Akpor. He held several meetings at his native home in Ogbogoro 2 days to the election mobilizing people in the 17 wards in his LGA including Non Indigenes.

The Director General for Nigerian Maritime Administration and Safety Agency-NIMASA , Dr. Adol Dakuku Peterside being a former Governorship candidate for APC in 2015 and later rewarded with the NIMASA appointment, was campaigning for the election of Architect Tonye Cole as APC 2019 Governorship candidate until Supreme Court put a stop to that expectation, quickly switched up to AAC with the instruction from Chibuike Rotimi Amaechi. He was meant to deliver votes from his Opobo/Nkoro LGA for AAC.

Sure bet Running Mate to Architect Tonye Cole—Chief Victor Giadom from Gokana in Ogoni land and former Works Commissioner during Governor Amaechi’s tenure was drafted to support African Actions Congress—AAC and deliver all the 4-LGAs in Ogoni speaking LGAs. Surely he was busy doing that until there was commotion at Bori electoral Results Collation Center which resulted to the sporadic shooting that led to the death of a political Party Agent and a Lecturer, Dr. Gberegbe.

As the Ambassador of Nigeria in Netherland, Ambassador Oji Ngofa had already won his nomination as Rivers South East Senatorial Candidate under the Indirect Primaries which Supreme Court dismissed. Hence he mobilized votes for AAC in the Eleme LGA and coordinated other Ogoni speaking worked with Victor Giadom.

Being a direct Primaries Federal House of Representatives candidate for APC Ikwerre/Emohua constituency and a former Commissioner for Lands and Survey during Chibuike Rotimi Amaechi’s governorship tenure, Honourable Ezekiel Ezemonye who hails from Omerule town few kilometres to Ubima Amaechi’s home town who the coordinator of African Actions Congress—AAC in Ikwerre LGA.

This shipping magnate Chief Ambrose Nwuzi had being elected under APC primary elections in 2018 for Etche/Omuma Federal House of Representatives seat but the Supreme Court Judgment against his APC political party changed changed all that as he was drafted for AAC governorship election proper. He coordinated “Oppression Wike Must Go” in the Etche/Omuma axis.

He was appointed as the Spokesman for Architect Tonye Cole’s governorship Campaign Organization and when the directives came from Amaechi, this former journalist turned politician and former member of Federal House of Representatives Etche/Omuma Constituency was in charge of giving the Engr. Awara’s governorship push a sporadic force it needed for media coordination.

How To Avoid One-Chance Robbery In LAGOS...