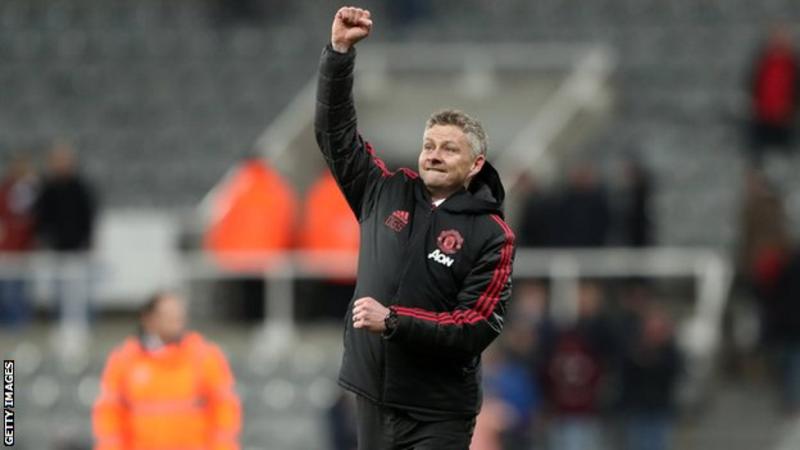 Ole Gunnar Solskjær has been confirmed as the permanent manager of Manchester United on a three-year contract after a successful period in interim charge.

Solskjær was due to continue in a caretaker capacity until the end of the season but has revived the team so impressively since taking over from José Mourinho in December that his appointment on a longer-term basis has been announced by the club.

“From the first day I arrived, I felt at home at this special club,” Solskjær said. “It was an honour to be a Manchester United player, and then to start my coaching career here. The last few months have been a fantastic experience and I want to thank all of the coaches, players and staff for the work we’ve done so far. This is the job that I always dreamed of doing and I’m beyond excited to have the chance to lead the club long-term and hopefully deliver the continued success that our amazing fans deserve.”

The Norwegian has taken United into the last eight of the Champions League by beating Paris Saint-Germain and has put the side in strong contention for a top-four finish. He went 12 matches unbeaten in the Premier League before a defeat at Arsenal in early March.

Although United suffered successive defeats before the international break, at Arsenal and then at Wolves in the FA Cup, United have confirmed they regard him as the best long-term option. Tottenham’s Mauricio Pochettino had been regarded as a strong candidate for the job.

Ed Woodward, United’s executive vice-chairman, said: “Since coming in as caretaker manager in December, the results Ole has delivered speak for themselves.

“More than just performances and results, Ole brings a wealth of experience, both as a player and as a coach, coupled with a desire to give young players their chance and a deep understanding of the culture of the club. This all means that he is the right person to take Manchester United forward.”