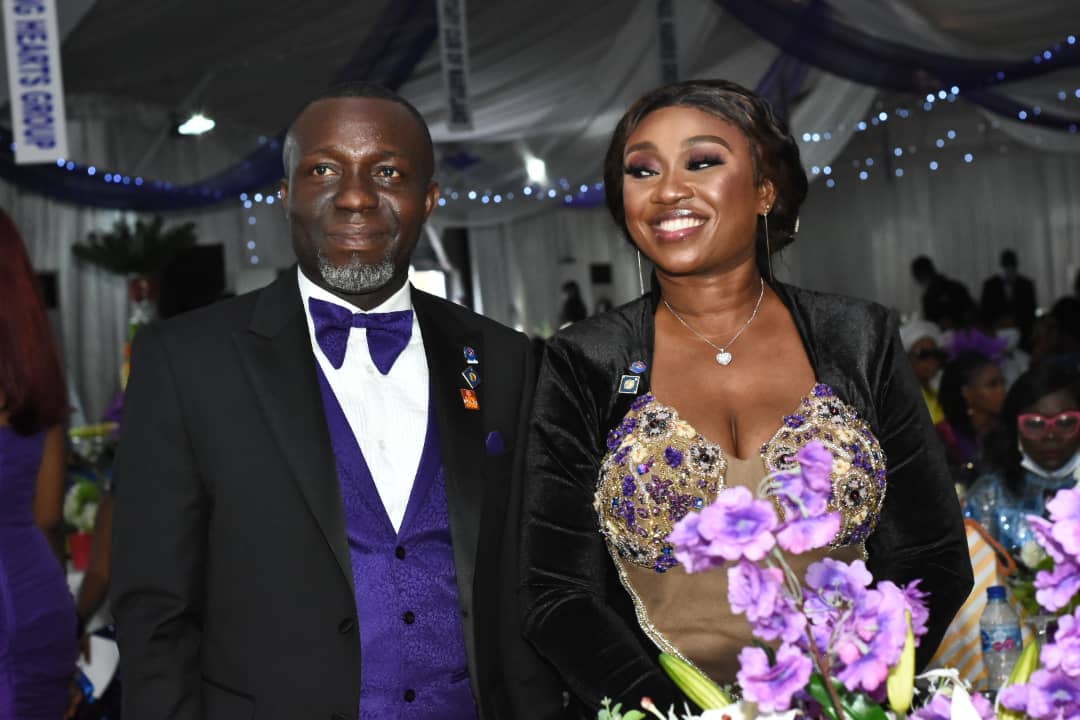 Bamidele Onalaja is a man of many parts. He is an accomplished Real Estate player. He is the indefatigable President of the Lagos Chapter of REDAN.

He is a valued member of his Christ Assembly Church. He is an active Rotarian. He is also a Community Leader in his hometown, Isonyin, Ijebu.

He is a great father. He is a loving husband. He is many things rolled into one. Somehow, he has perfected how he juggles his many roles, so much so that none disturbs the other. He is not distracted. He is focused on what he seeks to achieve.

Over the last few years, he has kept his eyes on he Ball.

It was a well attended and star-studded event. His Imperial Majesty, Oba Adeyeye Enitan Ogunwusi, the Ooni of Ife was there. He was the Royal Father of The Day.

So also Rev’d Mother Esther Abimbola Ajayi (Iya Adura), the founder, Love Of Christ Generation Church C&S. She was the Mother of the Day and the Chief Launcher of the Fund Raising. Oba Isonyin Ijebu came with his beautiful Olori.

Nnamdi Ezeigbo, the MD/CEO of Slots System Ltd was the Chairman. Mr. Sports, Larry Izamoje, the Chairman of Brilla Group was there in agbada.

The event was hosted by Rotarian Remi Bello (FCA), the District Governor, District 9110.

It was a 2-in-1 event. It was not only his investiture but the launching of fundraising for the projects he is set to embark on over the next one year. So, he invited a lot of his close friends to join him. Not only was Ooni present, he thrilled all the guests with his speeches and interjections. For instance he told the organisers that he is not only a Ratarian, he is a Paul Harris Fellow. He also sang the popular Rotary Club song.

He commended Bamidele Onalaja for being a hardworking and creative real estate player. He says he is fond of him and revealed that he has a nickname he calls Rotarian Bamidele Onalaja.

“I call him Mr. Revolution and his wife, Mrs. Revolution. Iya Adura also had nice things to say about Mr. Bamidele Onalaja and promised to support his project.

The event also witnessed the induction of 2021-2022 Board Members and new inductees.

It turned out to be a colourful event which made many members to be happy.

Why You Must Reduce Your Intake Of SUGAR Now!