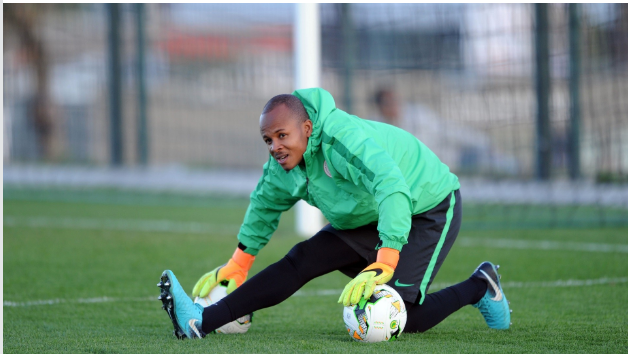 Getting the right first-choice goalkeeper at the World Cup may well be resolved during the Super Eagles’ upcoming friendlies, with coach Gernot Rohr surely desperate for no more unwanted headlines.

After having boasted one of Africa’s finest stoppers—in Vincent Enyeama—for over a decade, a previous area of strength has become a problem position for the West Africans following Enyeama’s retirement from the international arena.

Carl Ikeme was introduced as his replacement, but the Wolverhampton Wanderers keeper’s leukaemia diagnosis denied him the opportunity to progress in the role.

It plunged Nigeria into uncertainty midway through their World Cup qualifying campaign, and while Ikeme’s replacement Ikechukwu Ezenwa impressed in the 4-0 victory over Cameroon in Uyo, his showing in the 1-1 draw in the return match prompted speculation that he wouldn’t be up for the job.

Ezenwa’s small stature and the stigma attached to Africa-based stoppers counted against the Enyimba man, and Rohr’s decision to assess both Daniel Akpeyi and wonder-kid Francis Uzoho in the friendly victory over Argentina was evidence that he isn’t yet fully convinced by the keeper.

However, despite sending goalkeeper coach Enrico Pionetti to Spain to work with Deportivo La Coruna’s Uzoho, the evidence of Rohr’s latest squad selection suggests that he’s confident in Ezenwa.

The reason for this is the decision to overlook Dele Ajiboye, who stepped in at the African Nations Championship to produce a heroic display against Sudan after Ezenwa picked up an injury.

With only a handful of friendlies to go until Nigeria kick off their World Cup campaign against Croatia in Kaliningrad, it’s imperative that attention turns not to the identity of the goalkeeper, but to the relationship between the stopper and his backline.

It’s no longer the time for Rohr to chop and change, to assess and examine, he needs to make a pick and allow that understanding to develop.