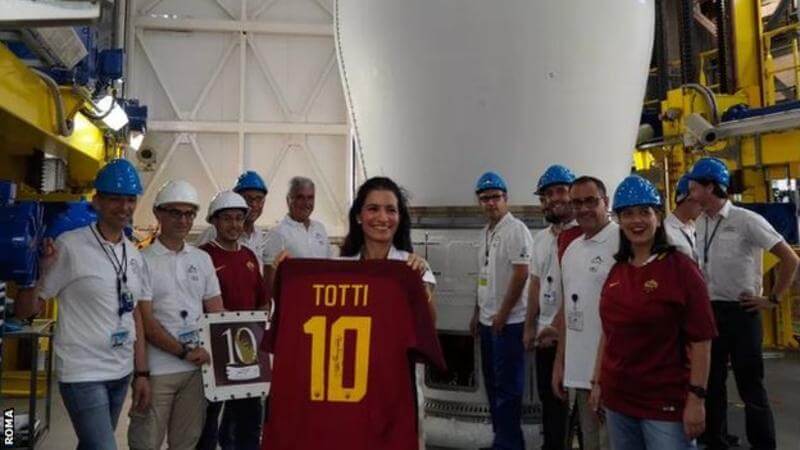 Roma have honoured club legend Francesco Totti by launching the striker’s final shirt into space.
The 40-year-old spent his entire 24-year playing career with the Italian club before retiring in May.
On Tuesday a rocket carrying the iconic number 10 shirt, from his final game against Genoa, was successfully launched from French Guyana. 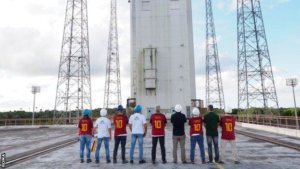 The striker scored 307 goals in 786 appearances after making his debut aged 16 in 1993 and won one Serie A title.
Totti will now become a director at the Italian club.

SEE ALSO: “I AM BOLT” ON THE VERGE OF QUITTING ATHLETICS