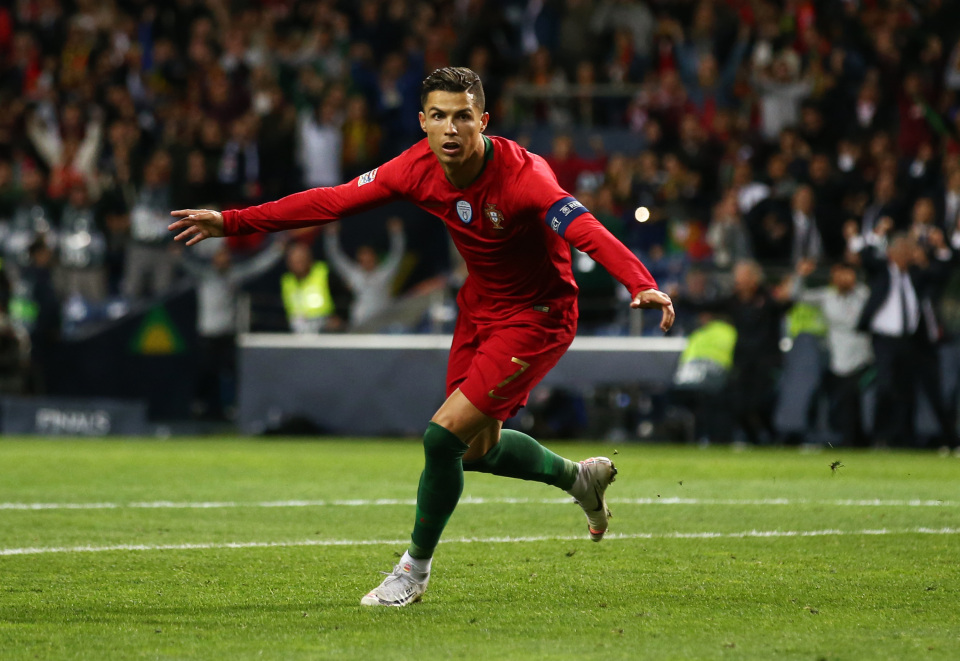 Cristiano Ronaldo reached a career landmark on Monday by scoring his 700th career goal in Portugal’s Euro 2020 qualifier at Ukraine.

The 34-year-old scored a penalty as Portugal lost 2-1.

His goal in the 2-1 loss to Ukraine was also his 95th for Portugal, leaving only Iranian Ali Daei in front in the international charts on 109 goals.

The win for Ukraine, meanwhile, means they have qualified for Euro 2020.

Ronaldo’s goal means he joins an elite group of players to have hit at least 700 goals in their career.

According to data from Rec.Sport.Soccer Statistics Foundation, Juventus forward Ronaldo is still some way behind the most prolific player of all time, with Czech-Austrian Josef Bican scoring 805 career goals.

Next on the list is Brazil legend Romario, who bagged 772, while his compatriot Pele is third on 767.

Real Madrid were the biggest beneficiary of Ronaldo’s goals.

His 95 goals for Portugal is more than double the tally of any other player to have featured for the national team. Pauleta has the second most with 47.

READ ALSO: WHY YAHAYA BELLO MAY BE DISQUALIFIED FROM RUNNING IN KOGI GUBER POLLS