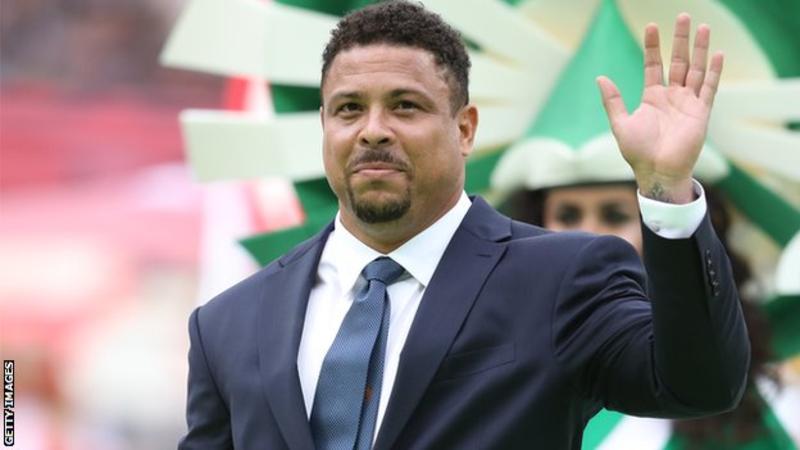 Brazil World Cup winner Ronaldo says he will be discharged on Monday, after being admitted to hospital in Ibiza with pneumonia.

The 41-year-old was responding to local reports that he had been in intensive care at Can Misses Hospital.

Ronaldo scored 62 times for Brazil, including both goals when they beat Germany in the 2002 World Cup final.

“I had a strong flu picture in Ibiza and I had to be boarded on Friday but it’s all in order,” tweeted Ronaldo.

The former Real Madrid forward, who also played for Barcelona, Inter Milan and AC Milan, thanked his fans for their love and well wishes. 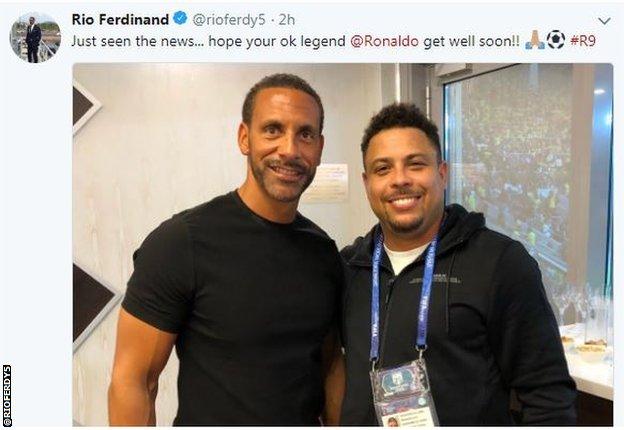 Ronaldo was on holiday in Ibiza, where he owns a home.

The striker’s career ended seven years ago when he hung up his boots up after two years with Corinthians in Brazil.

Ronaldo won two La Liga titles with Real and the Uefa Cup with Inter. He was part of the Brazil squad who won the 1994 World Cup – although he did not play – and helped them reach the 1998 final.

READ ALSO: NIGERIA OVERCOME AFRICA IN U-18, U-20 AFRICA HANDBALL CHAMPIONSHIP IN KIGALI