Home Sports Russia 2018: Is Belgium Looking Good To Go All The Way?
Sports 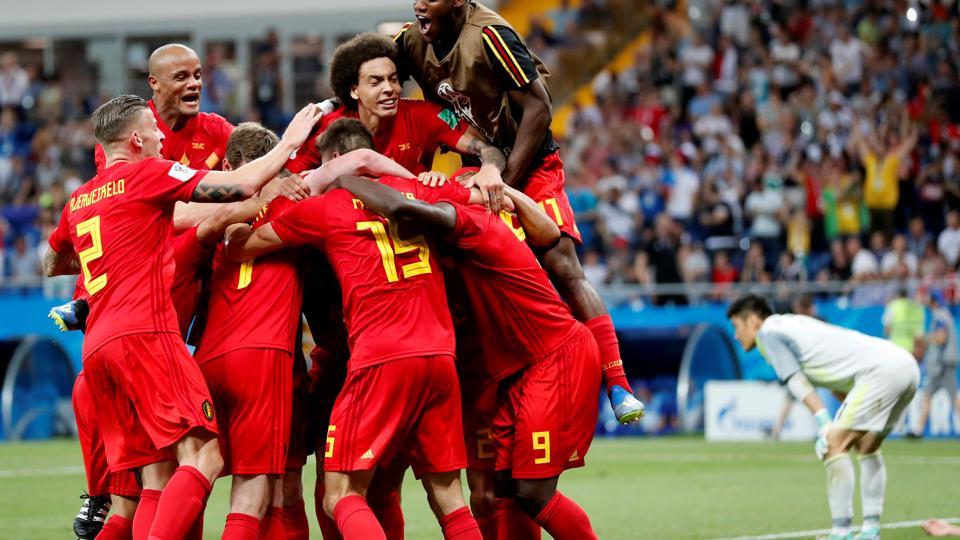 This is supposed to be Belgium’s golden generation, and perhaps for the first time we are beginning to see why.

Trailing 2-0 to Japan and heading out of the World Cup, the Red Devils mounted an extraordinary comeback, scoring three times in the final 21 minutes to set up a quarter-final against Brazil.

In March 2016, Belgium topped Fifa’s world rankings. Four months later they were knocked out of Euro 2016 by Wales in the quarter-finals. Yet another tournament at which the Red Devils flattered to deceive.

Two years earlier they had also gone out of the World Cup at the quarter-final stage, beaten by eventual runners-up Argentina.

But could this squad – featuring several Premier League winners – finally be about to deliver?

The 13 players who played on Monday – and became the first side since 1970 to come from 2-0 down to win a World Cup knockout match – included 32-year-old Vincent Kompany and 31-year-olds Dries Mertens and Jan Vertonghen.

Will Roberto Martinez’s big-name players go all the way in Russia?

Belgium are two wins away from a first appearance in a World Cup final – but that looked a distant dream when Takashi Inui’s 25-yard strike made it 2-0 to Japan after Genki Haraguchi had give the Asian side the lead.

“The mentality of this team has been called into question,” said Ferdinand.

“That now gives them the belief and it’s a powerful thing to have.”

“Serious questions were being asked of Martinez and his players in that second half,” he said. “You have to do something and find a way and boy did he do it.”

‘Is this the sign of a champion?’
Belgium’s astonishing comeback was another glorious moment in a compelling tournament.

Holders Germany failed to get past the group stage, while heavyweights Spain, Argentina and Portugal have also gone home.

“This is the most staggering World Cup ever,” said former Chelsea striker Chris Sutton.

“Credit to Belgium – at 2-0 down they were out of this competition. Is this the sign of a champion, a comeback like that?”

Why Brazil v Belgium will be a classic
Friday’s quarter-final in Kazan should be another World Cup classic.

Brazil and Belgium are ranked two and three in the Fifa rankings – behind only Germany.

Pre-tournament favourites Brazil were held by Switzerland and struggled to overcome Costa Rica in the group stage, but impressed in the second half of their last-16 win against Mexico.

Martinez said: “When you play against Brazil, you have to understand you are playing against the best team in the competition.

“We will have a real clarity of how to play against players like Neymar and Philippe Coutinho, that can change the game in a second.

“As a boy, you dream of playing in the World Cup against Brazil so we have to enjoy it.”

Russia 2018: Is Belgium Looking Good To Go All The Way? was last modified: July 3rd, 2018 by Damilare Salami