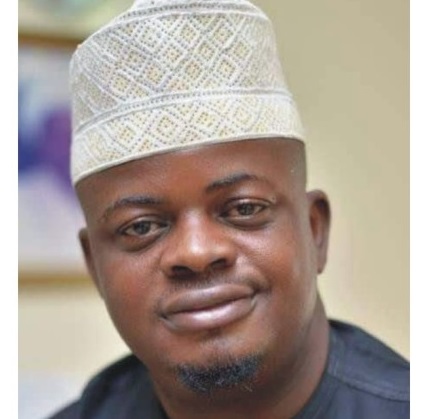 The biggest news within Osun political circle right now is that Lekan Badmus, son of an Osogbo-based business mogul and Chairman Tuns Farm International, Alhaji Tunde Badmus, has joined Osun politics. He is, indeed, set to contest the Irepodun/Olorunda/Osogbo/Orolu Federal constituency seat come 2019. He will run under the auspices of the All Progressives’ Congress (APC). The seat, currently occupied by Hon. Yusuf Sulaimon Lasun, who is the Deputy Speaker of the House of Reps (Lasun is serving his second term and with all indications available will not be seeking a re-election; he wants to become governor of the state).

Lekan’s coming into the political scene, however, has, no doubts sent a strong signal to other aspirants. The aspirants including those in the opposition parties have become jittery since his intention was made known to the general public. This is because apart from his rich C.V, Lekan has many other things going for him. His family name and his exceptionally good personality.

The father, Alhaji Tunde Badmus (though not a partisan politician), is a major stakeholder in Osun politics. His influence on who gets what as far as the state politics is concerned can’t be over emphasized. He is one of the well respected, powerful, rich men in the state. He has seen it all in the business world and he has dined and wined with those in high positions of authority within and outside the country. He has seen to succession of different governments (both military and civilian) in the state.

As a leader, he is always lending his support where and when necessary irrespective of who is in government or who is the governor. If it is for the good of Osun State and particularly Osogbo, his hometown. But he is said to be very close to Gov. Aregbesola. Tunde Badmus is a philanthropist of note and an employer of labour. All these qualities, Lekan has been able to inherit from his father over the years, which many believe makes him more than qualified for the job.

Apart from his dad’s influence, Olaleekan Abdul-Rahaman Badmus has been able to carve a niche for himself in the corporate world, as a good manager of people and resources.

Let’s tell you more about the young brilliant Olalekan Badmus. He is the Managing Director at his father’s company, Tuns Farm International Limited, comprising Tuns Foods & Agro Allied, Tuns Farms and Tuns Satellite Town. He is a graduate of Computer Science and Engineering and also holds a Master’s degree in Business Administration and Managerial Psychology.

He is a member of Nigerian Institute of Management and a member of the Nigerian Society of Engineers (NSE) . He is in charge of the internal workings and operations of the company and has been part of it since inception. Lekan Badmus rose through the ranks to his current position.