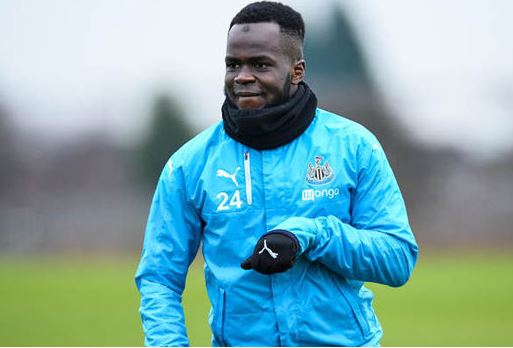 Former Newcastle midfield powerhouse, Cheick Tiote has shockingly passed away in the line of duty after suffering a health scare.

Cheick Tiote has died aged 30 after collapsing during training, it has been reported.
Reports broke out of China this afternoon, where the former Newcastle star is playing for Beijing Enterprises, that he had been taken ill after training.
It appears he was subsequently rushed to the hospital, where he was pronounced dead.
BBC reporter Tim Hague wrote: “BREAKING: Ex @NUFC midfielder Cheick Tioté has collapsed during training with Beijing Enterprises and has subsequently died. Aged 30.” The club have yet to make a statement on Tiote’s health. Tiote’s former team-mate at Newcastle, Demba Ba, tweeted: “may Allah gives grant you jannah brother Tiote.” He included six crying emojis in his post.
Tiote made his professional debut for Anderlecht in 2005 before moving to FC Twente three years later. The defensive midfielder then secured a £3.5million switch to Newcastle in 2010. He remained at the Magpies for seven years – his sole Premier League goal coming in the 4-4 draw against Arsenal in February 2011.
Tiote made just 22 appearances of Newcastle’s Premier League relegation campaign in 2015/16. He remained on the periphery of manager Rafa Benitez’s plans at the start of last season and played just three times before heading to China.
His last game for the Toon was in a 3-1 win over Birmingham in January.
Sad! Former Newcastle Player, Cheick Tiote is Dead was last modified: June 5th, 2017 by Arinze Ago

KWARANS Storm IBADAN For RAHEEM ADEDOYIN As His Son Weds

[…] SEE ALSO: SAD! FORMER NEWCASTLE PLAYER, CHEICK TIOTE IS DEAD Fellow Ivorians Yaya Toure, Didier Drogba, Newcastle United players and the football world took to Twitter to pay tribute to the midfielder. His former manager Rafa Benitez described him as a professional, who was dedicated and talented. “In the time I have known him, he was a true professional, dedicated, talented and above all, a great man,” he said. […]

Reply
Checkout the List Of African Footballers Who Have Died From Cardiac Arrests | City People Magazine June 6, 2017 at 1:19 pm

[…] the football loving community worldwide standstill to mourn the death of Cheick Tiote of Ivory Coast who passed away in China on  Monday, here is a list of Black/African Footballers that Have Died […]