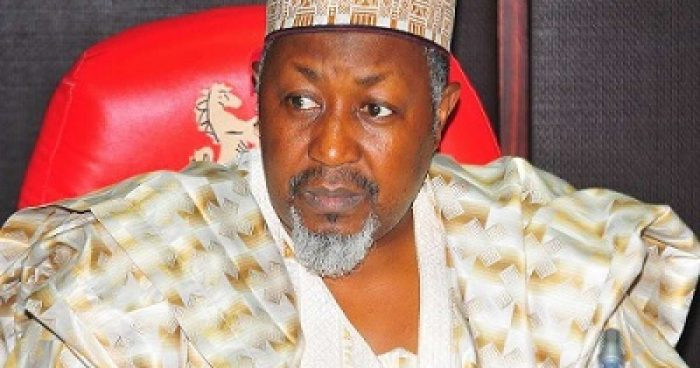 Jigawa appears to be heading the way of Kano as the number of strange deaths is rising in the state.

According to Daily Trust, dozens of people, mostly the aged, have died in Hadejia local government area of the state in four days.

This is similar to the incidents in Kano where mysterious deaths were recorded.

Since recording its first case of COVID-19 on April 11, Kano has been experiencing strange deaths which the state government attributed to other causes but COVID-19.

Several persons including government officials and Atiku Nagodi, an assistant commissioner of police, had died of yet-to-be-established causes in Kano.

According to the report, many of the deaths in Jigawa occurred between May 1 and May 5, and the deceased reportedly died of high fever, diabetes and high blood pressure.

About 120 new graves were reportedly counted at both old and new cemeteries in the local government area.

Adamu Danwawu, a resident of Dalla quarters who lost his relative, said he had attended the burial of 15 people who died in the area within a week, adding that five other people had died but he was unable to attend their funerals.

“Most of the deceased were old people with terminal diseases such as diabetes, high blood pressure and or kidney complications. Most of them were males,” he said.

Sabo Sani of Sabon-Garu quarters, also confirmed the death of 15 persons in his community, whom he attended their burials.

He said the deceased comprising 12 males and three females were all aged persons.

Abdullahi Saleh of Gagulmari said most of the victims were aged between 60 and 80 years.

He said though cases of death are common during Ramadan, this year’s toll appears strange.

“One of the women that lost her life recently was hale and hearty five days to her demise. The woman suddenly died on Monday,” he said

“Although we do witness increased deaths during every Ramadan fasting, it is unusual this year.

“The common thing that was found in virtually all the deceased was high fever but there was no sign of difficulties of breathing; there was no persistent cough or throat.”

While residents claim the rising death cases are scary, officials of the state put the figures at a mild rate but said the federal government needs to extend the investigation and intervention currently happening in Kano to Jigawa.

Abdullahi Umar Namadi, chief medical director (CMD) of Hadejia General Hospital, said the hospital recorded only 13 deaths from May 1 to May 5.

He said the death cases were unrelated to COVID-19, adding that most of the deceased were asthmatic, diabetic, and patients with high blood pressure.

“Of course, most of them had a high fever when they came to the hospital but that does not mean they were infected by COVID-19,” he said.

Abdullahi Mai Kanti, chairman of the local government area, said only 51 deaths have been recorded within the four days, adding that the deaths are unconnected to COVID-19.

“I can confidently confirm to you that it is not true that over 100 people died in Hadejia in just one day. Going by our record, even the 51 deaths were recorded within four days which is not unusual,” he said.

The state government has set up a five-man committee to investigate the cause of the recent deaths in Hadejia local government area.

Again, Russia Records Over 10000 New Coronavirus Cases In One Day