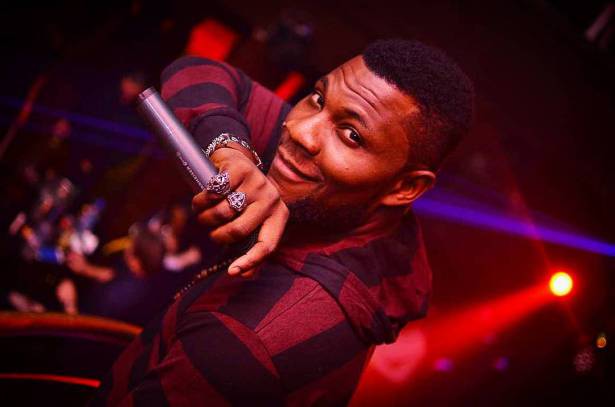 City FM OAP, Uche Ugbai popularly known as Sensei Uche has been diagnosed with cancer. The OAP, as a result, has been off air for a couple of months.
According to LIB, Uche revealed that he has been down battling cancer for some time now. He is now calling on well meaning Nigerians to come to his aid financially. According to him, ‘The story began sometime in December 2016. I had slowly come to realise that I was losing sense of hearing in my left ear. With the onset of persistent nasal congestion and a recurring sore throat I sought medical attention’.
Here is the full story below:
“Hello everyone, my name is Uche Agbai, many of you may know me as ‘SenseiUche’ of City 105.1FM. Those of you who do may have also noticed I have been off air for an unusually long time. In appreciation of the concerned messages and loving support that I have received, I would like to take this opportunity to explain the circumstances of my absence. The story began sometime in December 2016. I had slowly come to realise that I was losing sense of hearing in my left ear. With the onset of persistent nasal congestion and a recurring sore throat, I sought medical attention. After visiting a number of hospitals all of whom subjected me to several tests, I was told I had simply been suffering from an infection. I began my treatment in the hopes the symptoms would clear. The symptoms worsened and I started having severe nose bleeds. I was then advised to consult an Ear, Nose and Throat specialist. After several scans, an MRI scan of my head revealed an unidentified growth in my upper nasal tract measuring 8.5cm and 3cm wide, my blood ran cold.
The discovery cast my life into limbo, suddenly confronted with several frightening prognoses; potential blindness, partial deafness, anosmia or worse. After undergoing surgery, a biopsy of the mass returned the diagnosis; cancer. Analysis of my scans would show I had a stage 3 nasal lymphoma. To this day I cannot quite find the words to describe the emotions of helplessness and despair that beset me. It was as though my life had suddenly and without fair warning, been brought to a screeching halt. I was advised on the high risk of my situation with the danger that the cancer could metastasise and spread to my brain. Compounded by my struggle in finding adequate medical care in Nigeria, I felt as though I was in a lopsided battle against time for my well-being.
It has been in no uncertain terms, thanks to the support of my family, friends, and dear colleagues at City FM that I have been managing to cope with all of this. The emotional, the physical and the financial struggles that accompany fighting such a disease are just too overwhelming for one person to hope to transcend. To those who have been there, my sincerest and deepest gratitude.
My treatment plan consists of 6 courses of chemotherapy and intermittent radiotherapy spread over a 7 month period. My fight has begun, and at the time of writing, I have completed 2 courses of chemotherapy at Lakeshore Center in Lagos, with plans to receive radiotherapy in one of their affiliates abroad. With a projected cost of 21,000 USD/~16,000 GBP to complete my treatment, I wish to appeal to you all to help in my battle against cancer.
Yours truly,
Uche ‘SenseiUche’ Agbai
Note: If you wish to make donations in NGN please use the following:
Bank: First Bank
Name: Uche Agbai
Account number: 2008856221.”
SAD! Popular City FM Presenter, Sensei Uche Diagnosed with Cancer was last modified: July 31st, 2017 by Arinze Ago