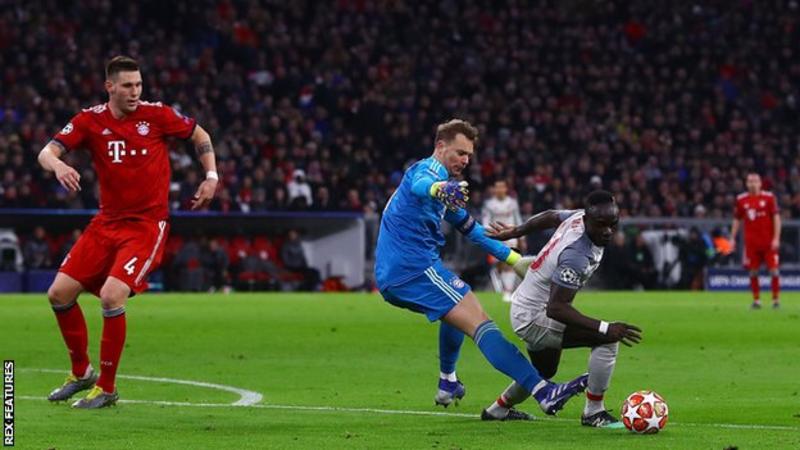 Neither side created many clear opportunities on a wet night in Munich and both sets of players were guilty of giving away possession too easily and too often.

However, the Reds carried more of a cutting edge and took the lead in the tie in the 26th minute when Mane displayed an exquisite touch to bring down Virgil van Dijk’s raking pass before firing into an empty net after Manuel Neuer had rushed from his goal.

Bayern now needed at least two goals and pulled one back when Joel Matip turned into his own net from close range.

However, the expectant waves of attack from the German champions never materialised after the break, and Van Dijk all but ensured Liverpool’s spot in the last eight when he powered home James Milner’s corner.

Mane capped off an excellent display when he headed in his second six minutes from time. It was his 10th goal in the past 10 games.

The match ended on a slight sour note for Liverpool when full-back Andrew Robertson picked up a yellow card in stoppage time which means he will be suspended for the first leg of their quarter-final.

The Reds’ win means there will be four representatives from the Premier League in the last eight for the first time since 2009.