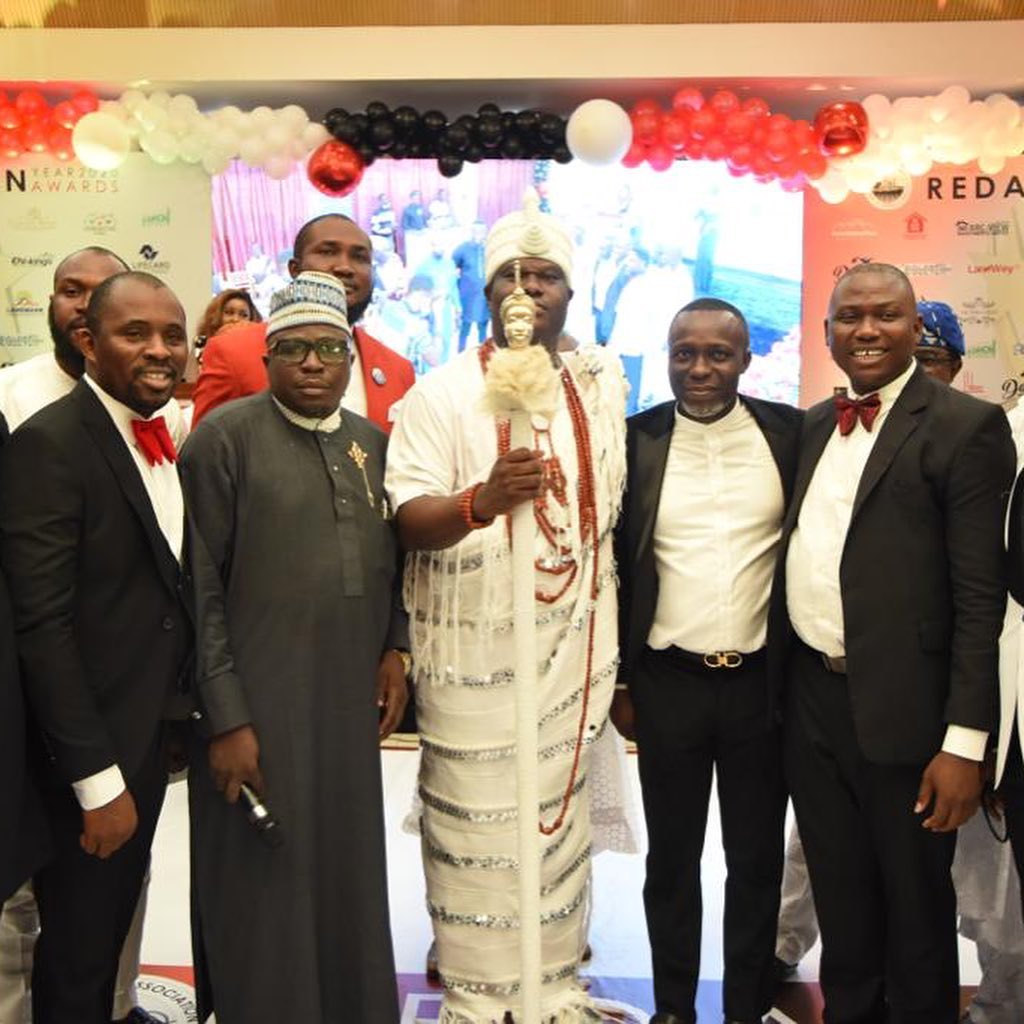 Sunday 13th December 2020 was an unforgettable day at the magnificent Oriental Hotel, Victoria Island, In Lagos as top dignitaries who have made and paid their dues in the real estate industry were honoured at the maiden edition awards of The Lagos State Chapter of the Real Estate Developers Association of Nigeria (REDAN).

Also present were top real estate developers who have made their marks in the sector.

The Chairman of REDAN, Lagos state chapter In his welcome address revealed what he has been able to do in the last 4 months as Chairman of the association. Dr Bamidele stated that they have paid a visit to Lands Bureau where they met with Mr Bode Agoro and they were taken round and shown how the government where and how the digitisation of the Approval, Consent, C of O etc were been processed.

He also congratulates every awardee who were present in the night.

One of the highlights of the night was when the Ooni of Ife HIM presented an award to the Lagos State governor, Mr Babajide Sanwo Olu, who was represented by Lagos State  Commissioner for housing, Mr Moruf Akinderu. He was honoured for his tremendous effort In the Lagos real estate sector. The Ooni himself was also honoured in the night for his fatherly role in the sector.

Don’t forget that the Chairman of the association, Dr Bamidele Onalaja, also honoured for his remarkable contribution to the sector. The plaque was presented to him by the Ooni Of Ife.