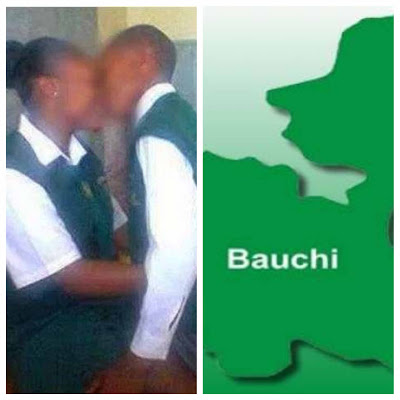 A secondary school in Bauchi State, Saádu Zungur Model Primary and Secondary School, was shut down by the State government over the weekend, after illegal marriages between students was conducted by senior students organizedby in its premises.

The order to close down the school which came from the State’s deputy State Governor, Nuhu Gidado, who is also the State’s Commissioner for Education, also affected the primary section of the school. It was also disclosed that the school will remain closed until a special committee is set up by the government, whose task will be to come up with detailed reports and recommendations on the issue.
The illegal marriage which was blamed on moral decadence in the society, in a press statement by Yakubu Adamu, Gidado’s Special Assistant on Communications.

It is alleged that the school’s teachers uncovered the affair, when their attention was drawn to shouts of excitements from students present at one of such ceremonies organized by an SS2 student to his alleged lover who is also a senior student.

The illegal marriage which took place despite the fact, that the male and female students have separate classrooms, was reported to the Principal of the school, Mallam Ahmed Zailani, who in turn reported it to the Ministry of Education with hopes that appropriate sanctions would be given to the erring students.

According to Nigerian Tribune, this is not the first time such marriage will be organized, as it was gathered that the male students reportedly paid a brideprice of N500 to their brides-to-be as the condition for the marriages.
It was also revealed that the classmates of the intending couples, contributed money for snacks which would be eaten during such ceremonies.

See Bauchi secondary school where students conduct marriage among themselves shut down was last modified: March 14th, 2017 by Reporter