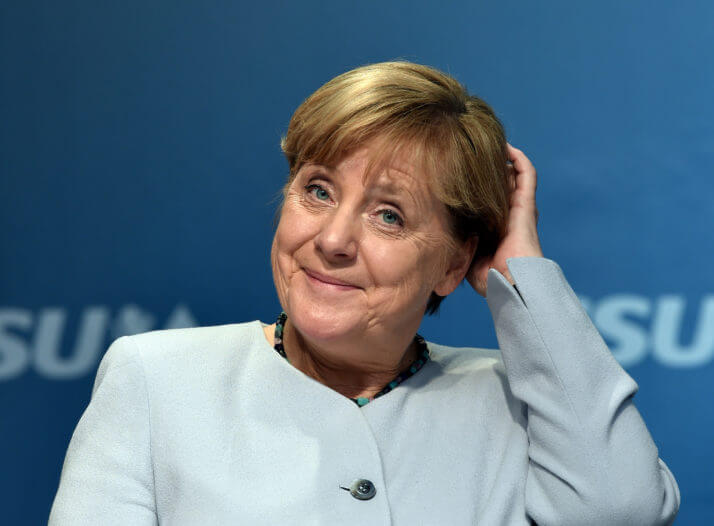 German Chancellor Angela Merkel has been named the world’s most powerful woman for the seventh time in a row by Forbes magazine, the publication announced on Thursday.
“Merkel this year won a hard-fought election that saw the far-right Alternative for Germany party creep into the Bundestag.
“She’ll have to continue to hold tight to the EU rudder as she faces oncoming storms from Brexit and the growing anti-immigrant sentiment in Europe,” Forbes said in a statement.
British Prime Minister, Theresa May, took second place in the ranking, while Hillary Clinton, who was ranked the world’s second-most powerful woman in 2016, fell to 63rd place after her election defeat to U.S. President Donald Trump.
Trump’s daughter, Ivanka, who has been serving as a White House advisor in his administration, ranked 19th on the list, while the U.S. Ambassador to the UN, Nikki Haley, came in 43rd.
Melinda Gates of the Gates Foundation, Sheryl Sandberg of Facebook and Mary Barra, the head of General Motors, took third, fourth and fifth place, respectively.
-dpa/NAN
See the Most Powerful Woman in the World According to Forbes Magazine was last modified: November 2nd, 2017 by Arinze Ago

I Fell In Love With My Wife The Very 1st Day I Met Her SIFAX Boss, TAIWO AFOLABI

Stock your homes with foodstuff – NLC...

The Woman Ex-Gov. JAMES IBORI Does Not...