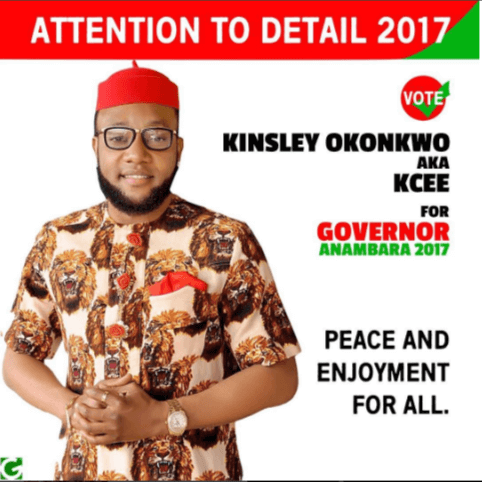 Five Star Music act, Kcee insists his bid to become Anambra State governor in the coming election is not a joke.

According to the singer in an interview with Hip TV, he does not want to talk much about his candidacy but assures in time, he will be elaborating on his intention.

‘My campaign manager said I should not speak much about it and that’s what I’m going tostand on,’ he said.

Recall that the singer announced his intention to join the race for the Anambra governorship seat and also shared his campaign banner that reads, ‘Peace and enjoymentfor all’ as slogan.

Fela Is More Popular Than Any Nigerian...