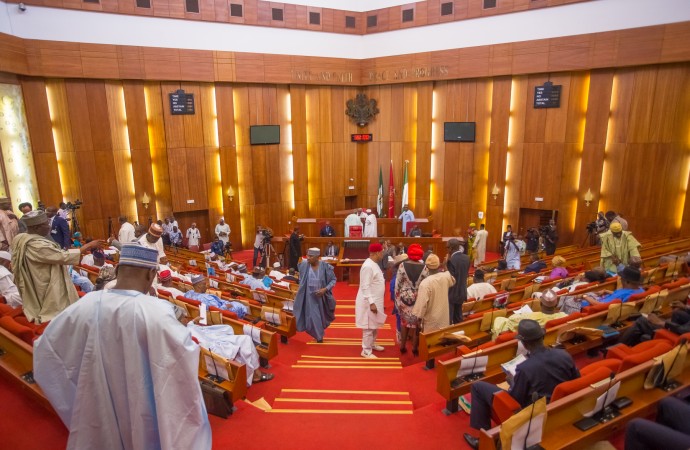 Reacting to the Senate’s passage of the Bill, which has also been passed by the House of Representatives, Saraki said

“By passing this bill, we will be creating big strides towards providing and improving security and the policing in our country. One of the major concerns has always been the issue of funding. We believe that this bill will provide the funding needed for training and recruitment. I am confident that by the time we lay the report on the Police Reform Bill, we would have gone a long way in moving the police in the right direction”.

The Police Trust Fund Bill aims to provide a legal framework for the management and control of the special intervention funds established under the Act for the training of personnel of the Nigeria Police Force.

The Trust Fund will also be utilised to enhance the skills of the personnel of the Police, in order to ensure their efficiency, overall performance, and constant improvement while they perform their duties.

In addition to this, the Trust Fund will be used to ensure that the Nigeria Police Force has the necessary operational equipment, instructional materials, police stations and living quarters.

The Bill will now be transmitted to President Muhammadu Buhari for his assent.