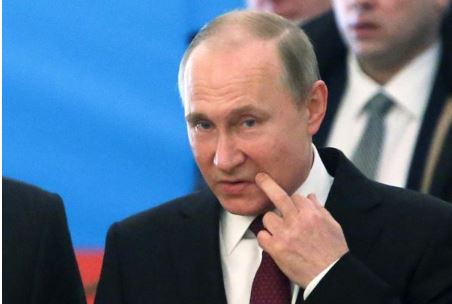 Russian President, Vladimir Putin, on Thursday predicted that the impeachment of U.S. President Donald Trump would not be upheld by the U.S. Senate.

Putin told a nationally televised news conference that Trump’s Republican Party has the majority in the Senate.

“It’s unlikely that they would want to remove their party’s representative from power for what are in my opinion absolutely fabricated reasons,” Putin said.

He said that the Democratic Party was seeking revenge for losing the presidential election to Trump.

“One party that lost the election, the Democratic Party, is achieving results with other methods, accusing Trump of collusion with Russia, then it turns out there was no such collusion,” Putin said.

The Democrat-controlled lower house of the U.S. Congress, the House of Representatives, voted in favour of impeaching Trump on Wednesday.

Trump is accused of abusing his office by soliciting Ukraine to dig up dirt on his political rival, Joe Biden, and withholding aid as leverage.