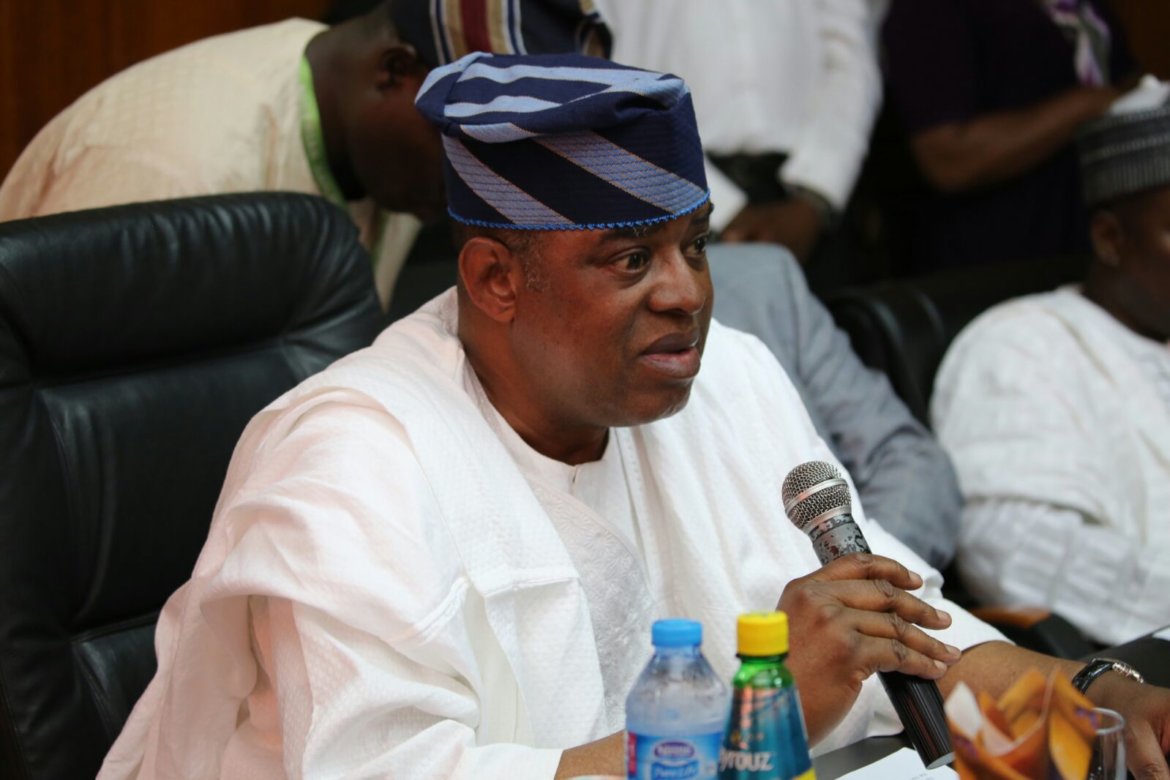 At the recent City People Awards For Excellence, Senator Gbenga Ashafa emerged as the Senator Of The Year for the remarkable way he has run Lagos East senatorial district. Although he could not make it to the event, he sent his wife to represent him who is Senator Olugbenga Bareehu Ashafa? We can tell you a lot about him. born in the Luther/Bamgbose/Campos area of Lagos Island on 22 July 1955. He is the second child of a commodity merchant Lawal Kakanfo Ashafa, and a Textile and Gold merchant Tesmot Ojuolape Elemoro.
Young Ashafa started his education at Christ Church Cathedral Primary School, Broad Street, Lagos in 1961. His aptitude for ledership started manifesting early in life, while at Christ Church Cathedral, he was the Class Monitor from Standard 1 to Standard 6. He graduated with distinction at the Common Entrance in 1968 and went on to CMS Grammar School, Lagos. At CMS Grammar School, he was Class Captain from Form 2 to Form 5. He was an avid football player (the goalkeeper), and a member of the school choir. He was also known to be a passionate table tennis player in the neighbourhood. He completed his secondary education at CMS Grammar School in 1973.
Ashafa then went on to study Biological Sciences at Morgan State University, Maryland, USA earning a Bachelor of Science degree (Cum Laude) in June 1978. He earned a Masters of Science degree in Public Health Administration from the University of Tennessee, Knoxville in 1979.

Upon completing National Youth Service in 1980 at the Federal Ministry of Health, Ashafa commenced a career in Public Service as an Administrative Officer into the Lagos State Unified Local Government Service Commission. He rose to the rank of Area Officer in charge of the departmental Tenders Board and the Finance and General Purpose Committee.
By 1990, Ashafa had completed nine years of public service and decided to challenge himself by taking on some private sector ventures. He left the public sector for French-Calahan Ventures Limited, which held majority shares in a state controlled cocoa processing plant. He worked as Purchasing Manager at the processing plant for six years until 1996. In 1996, Ashafa founded a company called Beverage Specialties Limited, manufacturers of Choco-Vita (a liquid vitality drink) and Cocoa-Vita (a powdered vitality drink). He sold the business in 1998 and began another phase of his career.
Between 1998 and 2009, Ashafa once again found himself plunged in Public Service. Under the able leadership of Asiwaju Bola Ahmed Tinubu, Ashafa served as a co-opted member of the Governor-Elect’s transition team, where he provided the blueprint for the local government reforms of the Tinubu administration.
He went on to serve in the following capacities in the 4th Republic under Asiwaju Bola Ahmed Tinubu:
i.Director of Planning, Governor’s Office in charge of local government administration. 1999 to 2001
ii.Executive Secretary, Lagos State Land Use and Allocation Committee. 2001 to 2005
iii.Ashafa was appointed Permanent Secretary, Lagos State Lands Bureau in February 2005. He led his team to execute the computerization of documents in the State Land Registry, the creation of the Land Regularization Directorate and the implementation of the 30-day Governor’s consent policy on land transactions. He held this position up till December, 2010 when again Ashafa aspired for a higher calling in Public Service.
Senator Ashafa has been happily married to Mrs. Folashade Omobola Ashafa (née Edun) since 1979, herself a seasoned administrator who retired as an Assistant Director at the Federal Ministry of Information and Communication in 2005, after 23 years of service. They are blessed with lovely children and grand children.