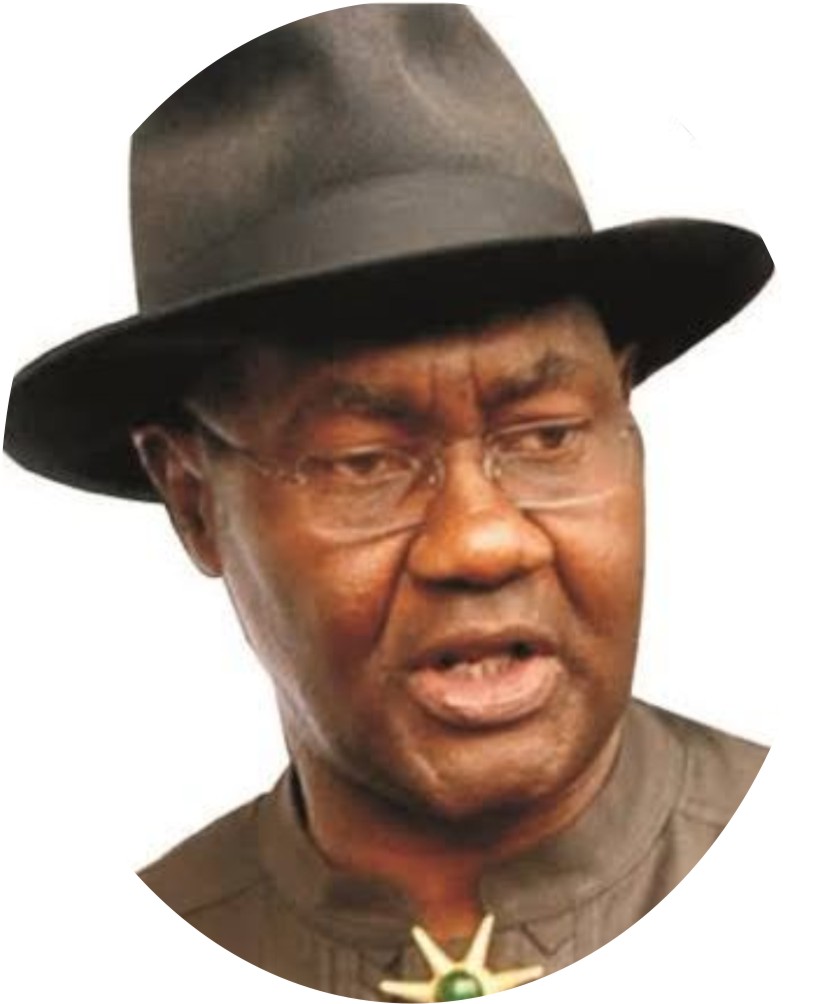 On Tuesday 11th January 2022, Senator Magnus Ngei Abe took out time to fete his friends in the Media, in Rivers State. City People Bureau Chief, Emeka Amaefula was present at the Breakfast Meeting held at FREEDOM HOUSE, his former governorship campaign headquarters, now being used by the APC factional group, loyal to him.

He is a traditional chieftaincy titleholder as Mene Suanu-1 (King of wisdom of Ogoniland).

Below, City People Bureau Chief EMEKA AMAEFULA presents Abe’s views on a wide range of public discussions, especially concerning the health of Asiwaju Bola Ahmed Tinubu and other hot political matters in his political party in Rivers State, like now that Emeka Bekee, has become the substantive State Chairman of APC Rivers State chapter which has been officially inaugurated by the acting National Committee Chairman, Mai Mala Buni. Below are excerpts of the interview.

Now that Asiwaju Bola Ahmed Tinubu has told Mr. President that he wants to contest the 2023 Presidential election, what do you have to say about it?

Ahmed Bola Tinubu is the leader of the All Progressives Congress-APC. He is a Nigerian who is eminently qualified to vie for the office of the President of Nigeria, constitutionally. He has a track record of good performance when he was Executive Governor of Lagos State and you cannot discuss Lagos State where Lagos is today whether you like him or not, you can’t discuss what Lagos has achieved without discussing Asiwaju Bola Ahmed Tinubu. It is not just possible. And if you look at this important job of a leader which is to pick people because the leader doesn’t actually go and do everything by himself, if you look at the quality of people that Asiwaju picks and the way he promotes quality people. Most African leaders prefer loyalty above capacity and competence. Asiwaju is one of the few leaders in Africa who put capacity and competence above loyalty and promotes excellence everywhere. So, I think he is eminently qualified and other people who are also free who are qualified as well should also indicate interest.

The second thing I think that most Nigerians need at this time is that we don’t want anybody who does not like money to come near the Presidency. Of all those that have participated in the leadership of this country in recent times, Asiwaju Ahmed Bola Tinubu is one person that I know that has shown that he understands Money because we all need money. Any time somebody comes and says ‘I don’t like money …oh give me the country to run, I don’t need money’ you know that the person is saying that once you give him to power the person will go and take all the money and you and your children will not see anything.

You will be hungry and then such people will now use hunger as an instrument of politics. So, I think as it is right now the only person that has indicated interest is Asiwaju Bola Ahmed Tinubu. When other people come up, we will review them and also talk about them. But I know that Asiwaju Bola Ahmed Tinubu has never said that he does not like money. If he had said that, I would have disqualified him ab initio.

But I know that he understands money. And I know that this country needs a leader who understands money. So, he’s eminently qualified and I will ask Nigerians to listen to him just as they will listen to other people who will come up. I think that for the All Progressives Congress, somebody like Asiwaju Ahmed Bola Tinubu coming up to indicate interest in the Presidency is a sign that the party can forge a direction for the country to sustain the many achievements of President Buhari. People don’t acknowledge several ways President Buhari has changed the template of things in this country. There are several things he has put in place that if they are sustained in terms of our economy and all that and given time to mature Nigerians will reap untold benefits from some of the policies that Mr The President is putting it in place. And I think that Asiwaju Ahmed Tinubu is somebody who will not only ensure that those benefits are reaped but can also add some more to what is being done.

Are you a registered member of APC now?

Yes, we did not take part in the revalidation; it doesn’t mean that we are not members. We did not take part in the revalidation. The party is aware of that. The party did set up a committee to come and look into that. And the committee insisted that the registration exercise in Rivers State should be carried out again; that is the position of the party and it is not speculative. Now that has not been done and because that has not been done the party issued a statement that for five states and Rivers State was one of them. That those states who have not done the revalidation should go ahead and take part even in the congresses that took place. It was for that reason that you saw the drama of the committee as the person from national was on air saying that they sold forms to our supporters and all that. That was after the registration. Was it not? So, you cannot finish all that and come and question our membership. Our membership of the party is not in question at all. Revalidation is a process. So, that question is answered in the affirmative. We are registered members of All Progressives Congress-APC.

Given what happened to APC in Rivers state in 2019, will you throw your hat into the ring and contest the 2023 governorship election in Rivers State?

It is only a fool that will do something exactly the same way. You will do something the first time and your result is a failure. You come the second time you use exactly the same style, exactly the same rhetoric. Exactly the same approach and you produce failure. Then you come the third time and you are doing exactly the same style and exactly the same rhetoric, nobody needs to predict what the outcome will be. And I think that members of the All Progressives Congress in Rivers State understand that we simply cannot do things that way. And if we do things that way we are going to fail. That’s just reality. So, I believe that there’s a lot of consultation even in Rivers state currently going on among members of the party. We know and we all understand as we are politicians. You see when they say that you are the leader it does not mean that you are the only person who has a sense or you are the only person who can see. All the people that are with you also have sense. They too can see. So, a good leader’s biggest assignment or responsibility is to try to tap into as many heads as possible to get the best solutions to whatever challenges that you face. And that is what is lacking in the All Progressives Congress in Rivers State. Because we are dealing with only one head. And it is clear to everybody that that head doesn’t contain the solutions to the challenges this party is facing in Rivers State. We need to explore what is in other heads within the party. This party has capable people. Competent people who can get us out of whatever challenges we face and put this party together. But they are not allowed to do that. And the people themselves now know that whatever they are told it is only in the APC in Rivers State that something will go wrong and then the leader is not responsible for what goes wrong other people are responsible. That’s the first rule of leadership. The bulks end with you. You take responsibility for things. Or you change them or correct them and get the solution. That’s what leadership is and we are not getting that in Rivers State and everybody can see that. Even the blind can see that.

You can see that the momentum of events is already moving this party in a new direction as far as Rivers State is concerned. There’s no running away from this reality. And I want to assure Rivers people that this time around by the grace of God the All Progressives Congress will begin to do things differently and we’re going to come up with different results. Because if we don’t then clearly our results will be no different from the other results that we have had which is a failure. And we cannot afford to fail. People’s destinies are at stake. The future of our state is at stake. It’s our responsibility as leaders to design a solution for this party that will work. We still have a lot of people who have the capacity and competence to do that. Thank you very much. So, I am still wearing my hat. If I decide to take it anywhere, I will let you know.

READ ALSO: WHY MIKE ADENUGA DOES NOT JOKE WITH IBADAN

Why MIKE ADENUGA Does Not Joke With IBADAN