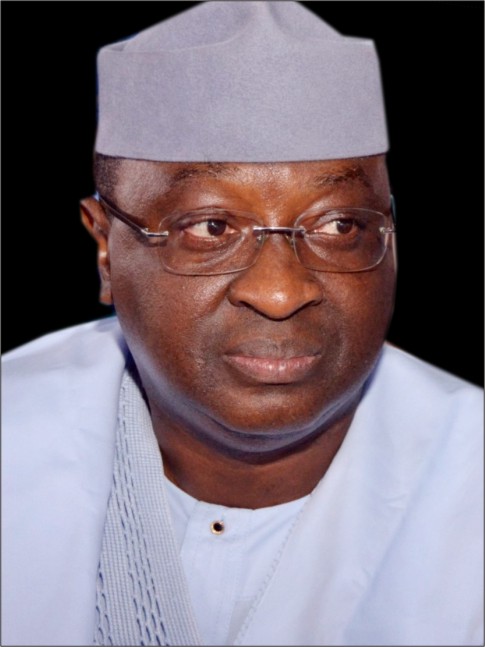 The race for 2023 Senate Seat in Ogun West promises to be very tough, as a few strong candidates are set to challenge the incumbent, Sen. Tolu Odebiyi. For now, there are 2 strong contenders. One is Senator Yayi and the other is GNI. City People can authoritatively reveal that Yayi, a Lagos Senator, has made up his mind to cross over to Ogun to run for Ogun West. And he has the backing of Gov. Dapo who is also depending on Yayi to secure that zone for his 2nd term guber ambition. It is going to be a battleground for the ongoing fight between Gov. Dapo and Amosun. While Gov. Dapo is backing Yayi and has made his stand clear, Amosun is backing Tolu Odebiyi, the incumbent, who is a close associate of his. He was Amosun’s Chief of Staff, when he was Governor. He is going for 2nd term.

There is also GNI who is interested in the slot. He is also Dapo’s loyalist and VP Osinbajo’s political ally. The 3 of them are all in APC. So, the BIG question is: who will get the Ogun West Senatorial  APC ticket?

Let’s quickly tell you about the incumbent, Tolulope Odebiyi who was elected to the Ogun West Senatorial Seat in 2019. He previously served as the Chief of Staff to Governor Ibikunle Amosun of Ogun State.

Odebiyi is a graduate of Government College, Ibadan and Wentworth Institute of Technology in Boston, Massachusetts. In 2018, he rejected the idea of Governor Amosun to leave his political party, All Progressives Congress for another saying he needed to protect his political pedigree.

Odebiyi is the son of Kemi and Jonathan Odebiyi. Odebiyi’s father was a former Senator and his mother was a member of the Independent National Electoral Commission. He earned a B.Sc. degree in Building Construction and Engineering Technology from Wentworth Institute of Technology, Boston

Odebiyi gained his elementary education at All Saints Primary School in Ibadan before attending Government College in Ibadan to acquire his Higher School certificate. He left the shores of Nigeria to further his education in the United States of America.

He later started his professional career in Real Estate and later ventured into politics. After his education, Odebiyi started out in real estate, both internationally in the USA and locally in Nigeria. Prior to his political appointment, he served as the Managing Director of Agbara Estates Limited. He sits on the board of Travant Real Estate, Stururacasa Nigeria Limited, Travfirst Nigeria Limited and others.

Odebiyi has a strong politically inclined background. His father, Jonathan Odebiyi, was the Minority leader in the 2nd Republic Senate on the platform of the defunct Unity Party of Nigeria. He previously served as permanent secretary in the office of Chief Of Staff, Ogun State Governor’s office in 2006 before being appointed Chief of Staff by the Governor Ibikunle Amosun administration.

His desire to run for Senate in 2015 was suppressed by his political party. He initially decided to run for Governor of the state in the 2019 elections but stepped down. He resigned his position as the Chief of Staff in 2018 to run for  Ogun West senate seat.

In the 2019 general elections, he contested the Ogun West senatorial seat under the All Progressive Congress (APC) and won. He got the highest vote of 58,452 compared to his closest rivals, candidate of the Allied People’s Movement who got 48,611 and People’s Democratic Party with 43,454 votes.

Odebiyi is from Iboro in Ogun state.

Come 2023, he will be facing Yayi in a mother of all battles. For those who are in the know politically in Ogun State, the slogan “West to West” being chanted by Senator Yayi’s political camp in the state is not new, although it might not be clear to people who are not really into Ogun politics.

It would be recalled that prior to the 2019 election, differences between Amosun, Ahmed Bola Tinubu and Osoba came to the fore, when the Tinubu/Osoba camp allegedly settled for a political warhorse, Yayi, an indigene of Yewa zone, to succeed Amosun.

It has also been gathered that the Senator currently representing Ogun West Senatorial District, Senator Tolu Odebiyi, popularly called TOD, has also been gearing up with his political followers to do all it takes for him to return back to the office in 2023. TOD, who desires another term as a Senator to represent his people in Ogun West, would have to lose out for Yayi’s “West to West” agenda to sail through

And if the different political camps they both currently belong to within the same All Progressives Congress (APC), is anything to go by, a lot of political intrigues would still be playing out as the country moves towards the 2023 General Elections. While Yayi belongs to the political camp of the sitting State Governor, Prince Dapo Abiodun, TOD arguably belongs to the political camp of the immediate past Governor of Ogun State, Senator Ibikunle Amosun, who is currently representing Ogun Central in the Red Chamber. And it should be noted that the sitting Governor and Amosun don’t see eye-to-eye.

Ogun West would no doubt be a battleground as the likes of Biyi Otegbeye, Akinlade and Gboyega Nasir Isiaka (GNI) have also been tipped to be contesting for the Ogun West Senatorial District.

Senator Yayi has taken it upon himself to see to the good of the people in Ogun West senatorial district. He recently sponsored the bill for the upgrade of the Federal Polytechnic, Ilaro to a University of Science and Technology, he also recently presented a transformer and the sum of N10 million for the laying of cables to electrify the College of Agricultural Science, Olabisi Onabanjo University, Aiyetoro Campus, to mention a few.

Yayi is no doubt on his way to Ogun politics and he will contest for Senate in Ogun West. He is meeting with the who-is-who in Yewa/Awori Axis frequently now. All youth groups and women associations are ready to queue behind him anytime any day.

It was gathered that Adeola has begun to re-awake his campaign structure in Ogun West and reaching out to those who are undecided on which aspirant to support.

As we speak, Yayi is building a strong political force in Ogun West that might be hard for any opponent to meet up with. Every day, a strong and active politician is welcomed to the  “West to West” family, especially the youths. Yayi, on the other hand, has made himself available for functions and activities in Ogun West.

How We Set Up Arc-View Investments Ltd 11 Yrs Ago – CEO, OLUSEGUN OSHUNDAIRO

The Story Of My 22 Years In The Beauty Industry – POSBAN President, Dr MARY CHARLES